One of the largest snakes in the world, the Burmese python can grow up to 25 feet long and get as thick as a telephone pole. Like other pythons, it is a non-venomous constrictor, wrapping its body around prey to suffocate it before swallowing it whole. It can eat animals as large as a leopard and sambar (an Asian deer). 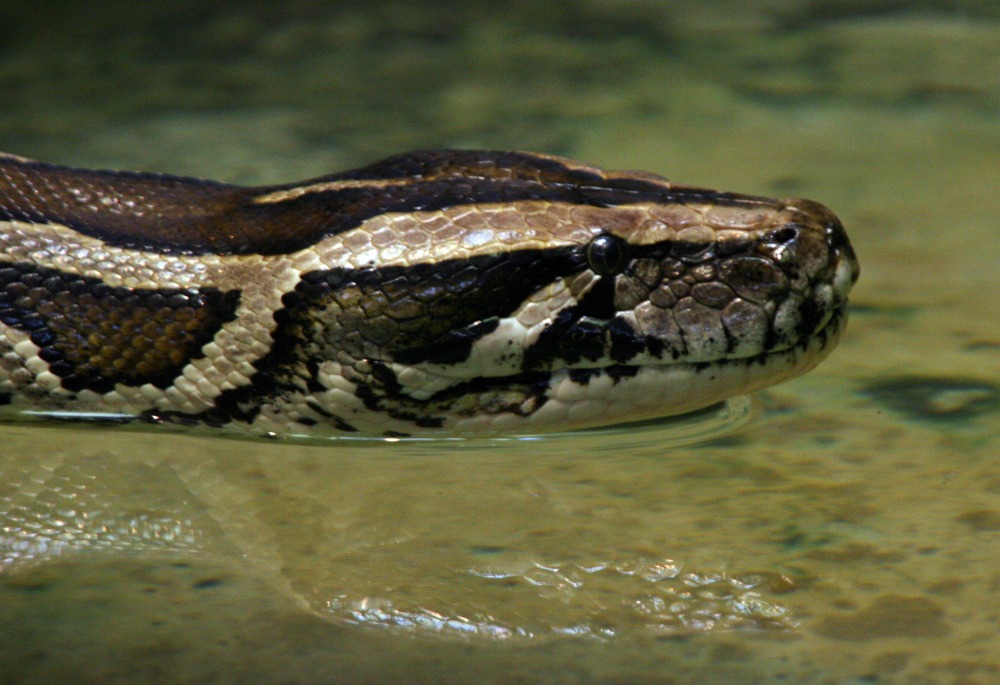 Back Bones: A Burmese python has up to 450 vertebrae (bones that make up the spine).