Historically, the cougar ranged throughout the Americas. In North America, the cougar still roams the western half of the continent and a small population survives in southern Florida. As a predator, the cougar plays an important role in controlling and maintaining healthy prey populations, especially of white-tailed deer.

In areas where the cougar has disappeared, such as the eastern United States, the deer population has exploded. Too many deer eat too many saplings and threaten the forest’s ability to thrive. 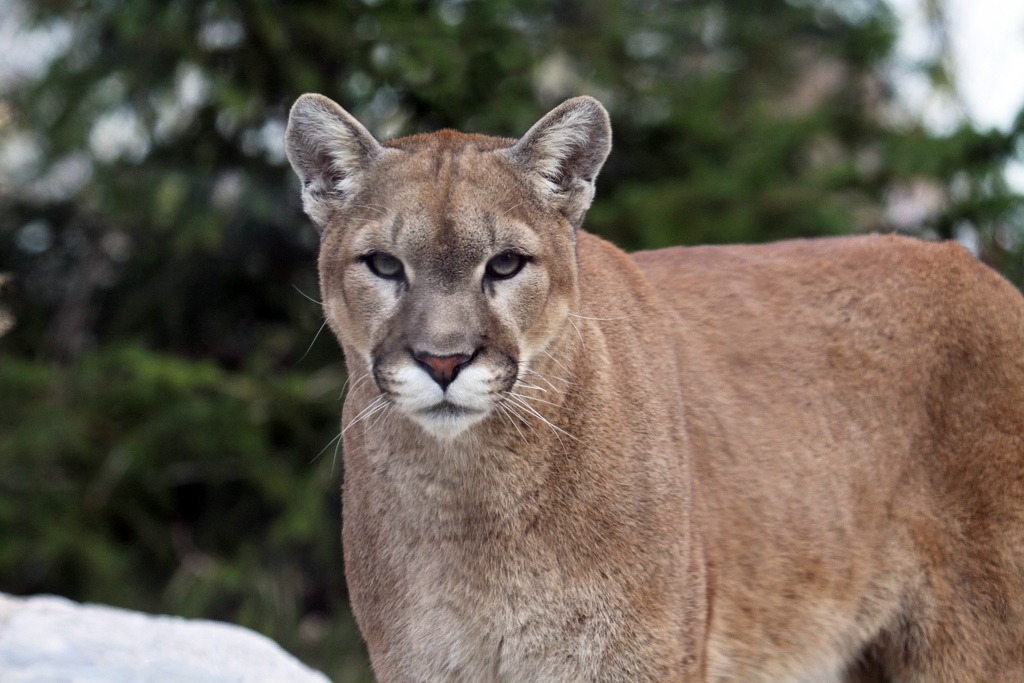 Cat of Many Names: The cougar is known by many different names, including mountain lion, puma, and panther.