With thick folds in its bumpy skin, the Indian rhino looks as if it is wearing a suit of armor. Despite their tough skin, they are still susceptible to sunburn and biting insects. A good romp in the mud helps protect the skin. A megaherbivore, the Indian rhino is as big as a tank and grazes on tall grasses.

Like other rhinos, it has poor vision but excellent senses of hearing and smell. The Indian rhino sports just one horn on the tip of its nose. Unfortunately, rhinos are hunted for their horns as some cultures believe the horns have healing properties.
Species at Risk (IUCN—Vulnerable) 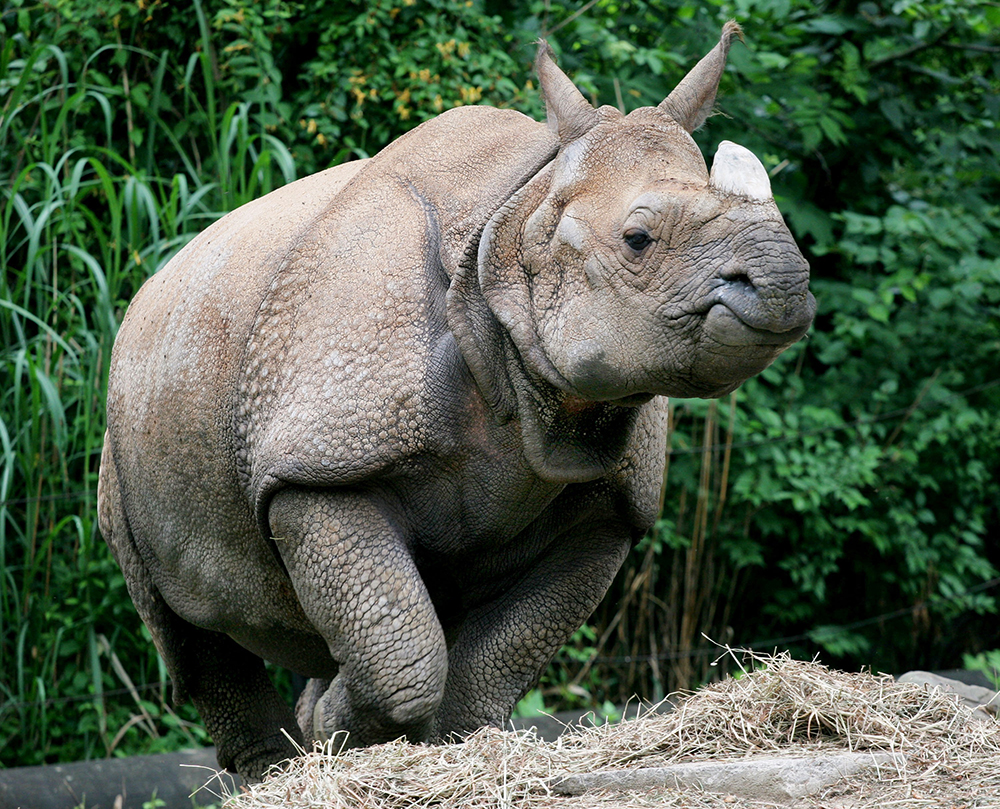 Into the Pool Bathing and wallowing in water and mud keeps the rhino cool and protects it from the sun and biting insects.

Natural breeding of Indian rhinos in zoos has been difficult. Scientists at the Zoo’s Lindner Center for Conservation and Research (CREW) are developing an artificial insemination technique to enhance breeding in zoos.

Using their semi-prehensile lips, the Zoo’s rhinos, our very own Rhino Rembrandts, create one-of-a-kind original paintings. By purchasing a painting, you will be supporting rhino conservation worldwide.