The king cobra is the largest venomous snake in the world. Despite its large size and fearsome reputation, the king cobra is not aggressive and will avoid confrontation when possible. When threatened or cornered, it raises itself up to a height of nearly one-third of its length, which may be as tall as a person.

Flattening its neck ribs, it displays an impressive hood and hisses at the intruder, which sounds like a dog growl, before attacking. 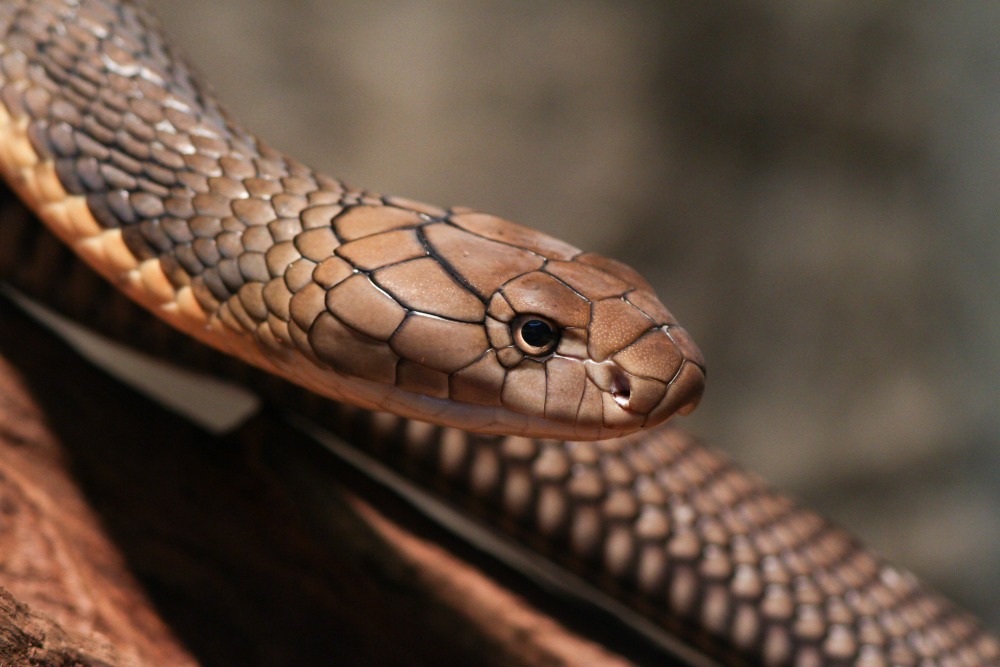 Even Elephants Beware: A single bite from a king cobra can inject enough venom to kill an elephant.

Meet reptiles and their keepers up close and personal at the Reptile House at 12:40pm every day through summer.