The bird-of-paradise is famous for the male’s spectacular tail feathers, which grow up to three feet long. Generally solitary birds, males and females only come together to mate. Males gather in a common area called a lek to impress the ladies with an elaborate dance and display.

They flash and shake their brilliantly-colored feathers, clap their wings over their backs, swing upside-down, and shriek wildly. Males mate with as many females as they can. 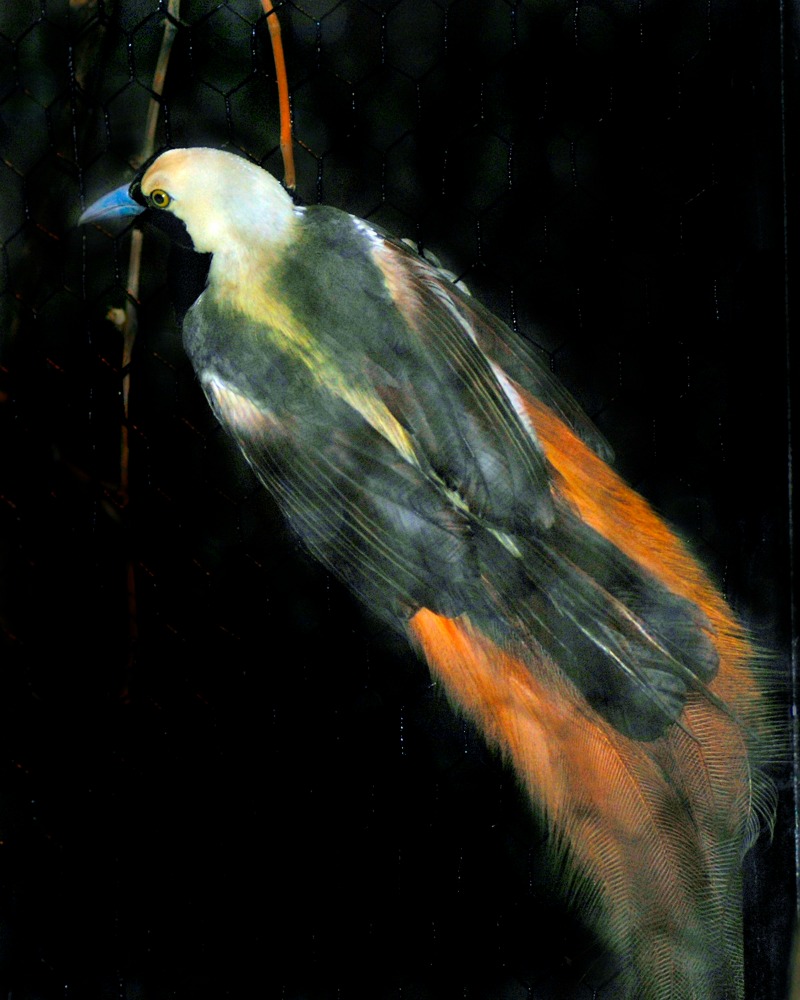 Coming of Age:It can take several years before a male grows into its full, feathery costume. (© 2007 John White)