An initial list of threatened and non-threatened exceptional plants is being been compiled by comparing the species listed in Botanic Gardens Conservation International’s ThreatSearch database with species listed by the Royal Botanic Gardens Kew’s Seed Information Database.  Beyond this, information has been provided by researchers on species known to lack accessible seeds, or to be recalcitrant, cold-sensitive, or short-lived, as reported by Helm Wallace (2015).  We are interested in both threatened and non-threatened exceptional species, since work with non-threatened species can often inform work with threatened species. 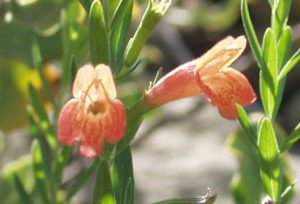 If you can provide any information on species that should be included, please contribute that information using the fill-in form below.  If you have questions or comments, please send them to [email protected]innatizoo.org.