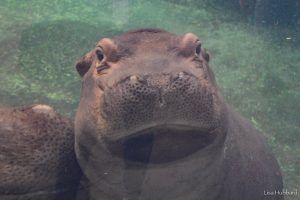 CINCINNATI, OH (January 20, 2020) – Fiona, Cincinnati Zoo & Botanical Garden’s most famous resident, will be three years old this Friday, and celebrations are planned all over Cincinnati. Voted #1 Cincinnatian for the past two years, and nominated again this year, it’s no surprise that there will be multiple parties and promotions for the premature hippo turned celebrity.

“Fiona won the hearts of Cincinnatians when she fought to survive after being born six weeks early and terribly underweight,” said Cincinnati Zoo director Thane Maynard.  “Three years later, people all over the world are still crazy about this normal, healthy hippo!”

Local Fiona fans can put on their party hats and participate in Fiona-themed birthday fun all over the city.  Here’s a short list of what’s happening:

For Fiona fans and concerned citizens everywhere, instead of sending gifts, please consider purchasing a shirt that will support Australian wildlife. The Zoo and Cincy Shirts have teamed up to help Fiona’s friends down under.  All proceeds from the sale of a custom t-shirt by local artist Loren Long, featuring Fiona and Australian wildlife will be sent to Zoos Victoria to help them care for koalas, kangaroos and other animals that are suffering as a result of bushfires raging through their homes. Click here to purchase – available now through January 31.  Available in Cincy Shirts stores and the Zoo Shop* on Wednesday, January 22.

The Zoo will add $5K to the total raised.  Happy Birthday, Fiona!!

*The Zoo Shop carries a wide selection of Fiona products year-round.  Most are available online.

« Cincinnati Zoo and Fiona Helping Their Friends Down Under
Happy Birthday Fiona! »