The American burying beetle makes a living out of eating the dead. A male and female find and bury a small dead animal, perhaps a rodent carcass. Reproduction occurs during summer months and eggs laid nearby soon hatch into grubs (larvae) which feed on the carrion for about a week. Both the male and female help care for the larvae. Next the larvae pupate and emerge as young adults a couple months later.

This beetle is distinctive with its bright orange-red and black body. Orange-red areas can be found on both wings, the area between head and body, and on the tips of each antenna. The American burying beetle can fly over a mile at night.
The Cincinnati Zoo & Botanical Garden has partnered with the US Fish & Wildlife service and the Fernald Nature Preserve in rearing and releasing critically endangered American Burying Beetles. Click here to learn more or click here to learn about the American Burying Beetle Release of 2016.
Species at Risk (IUCN—Critically endangered) 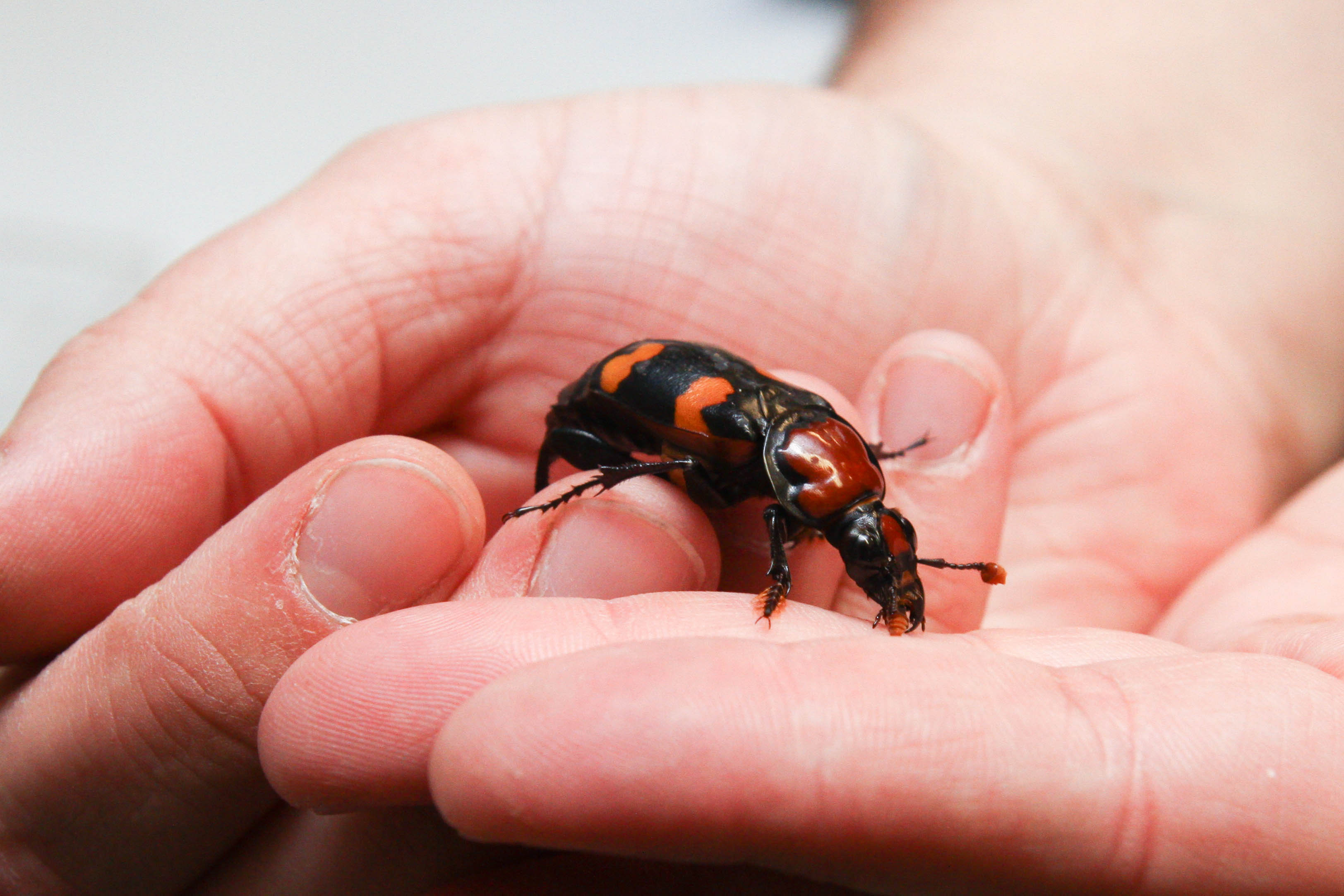 Losing Beetles: The American burying beetle has been eradicated from 90% of its original range.

The Cincinnati Zoo is part of a breeding and release program for the American burying beetle. On May 13, 2013, over 200 beetles raised at the Zoo were released at Fernald Preserve in southwestern Ohio.