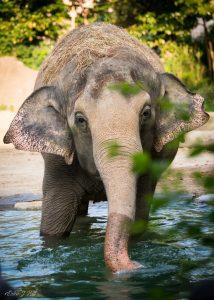 From trunk to toe, Asia’s largest land mammal displays some amazing adaptations to life as a forest-dwelling herbivore. It is most famous for its trunk, which is indispensable for feeding, drinking, smelling, touching, communicating, and bathing. Asian elephants live in family groups called herds that are led by older, experienced females.

These matriarchs are responsible for the herd’s safety, as well as for providing food and shelter for its members. Females maintain a life-long connection to the herd, while males leave the herd when they reach puberty. They spend most of their time alone, or in bachelor groups. During musth, a period of heightened testosterone, bulls compete with other for mating opportunities. Generally, the older and larger bulls dominate the breeding.

Learn more: The Cincinnati Zoo is committed to helping to save the world’s largest land mammals. 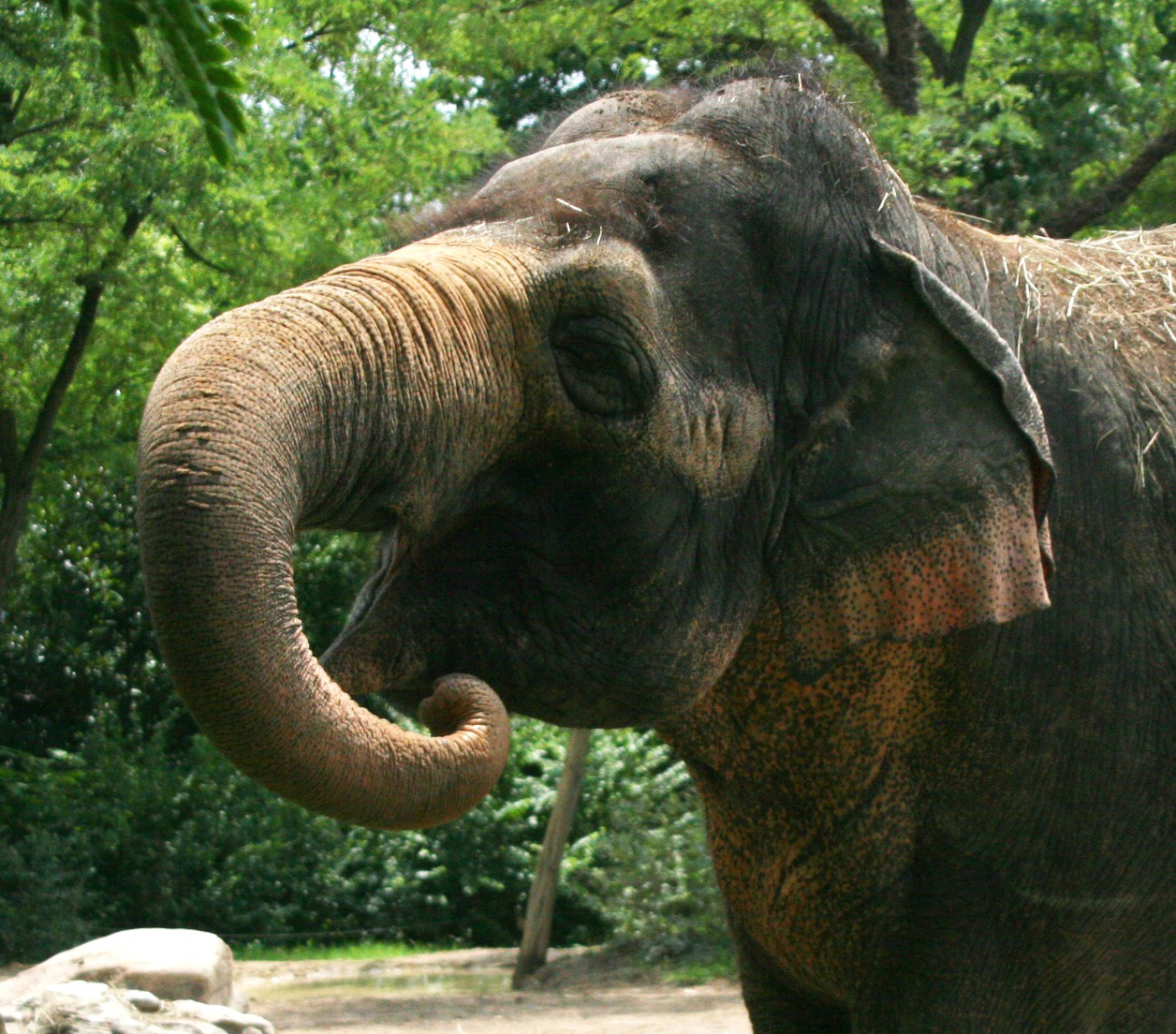 Trunk Muscles: Over 100,000 muscles of the face, nose, and upper lip combine to form the elephant’s trunk.

Working with the International Elephant Foundation, the Zoo helps fund Conservation Response Units (CRU) at the Seblat Elephant Conservation Center (ECC) in Sumatra. Trained elephants work with rangers to monitor forest crime and the status of wildlife, including elephants.

Stop By to Say Hi

Next time you visit the Elephant Reserve, say hello to our females, Jati, Schottzie and Mai Thai.  You can also see the bull elephant, Sabu, in his own yard on the other side of the  building. Here’s how to tell the difference between them!

Brush in Trunk
Our resident elephant artists are ready to paint a masterpiece for you. Money raised through the sale of artwork helps the Zoo support the International Elephant Foundation. Learn More >