Traveling alone, a black rhino brandishes the two horns on its head at an intruder. Intended for protection, the horns may actually lead to the rhino’s demise. Rhino horns are sought after by poachers to sell for their use in traditional medicine. Some cultures also use black rhino horn to fashion high-status dagger handles. 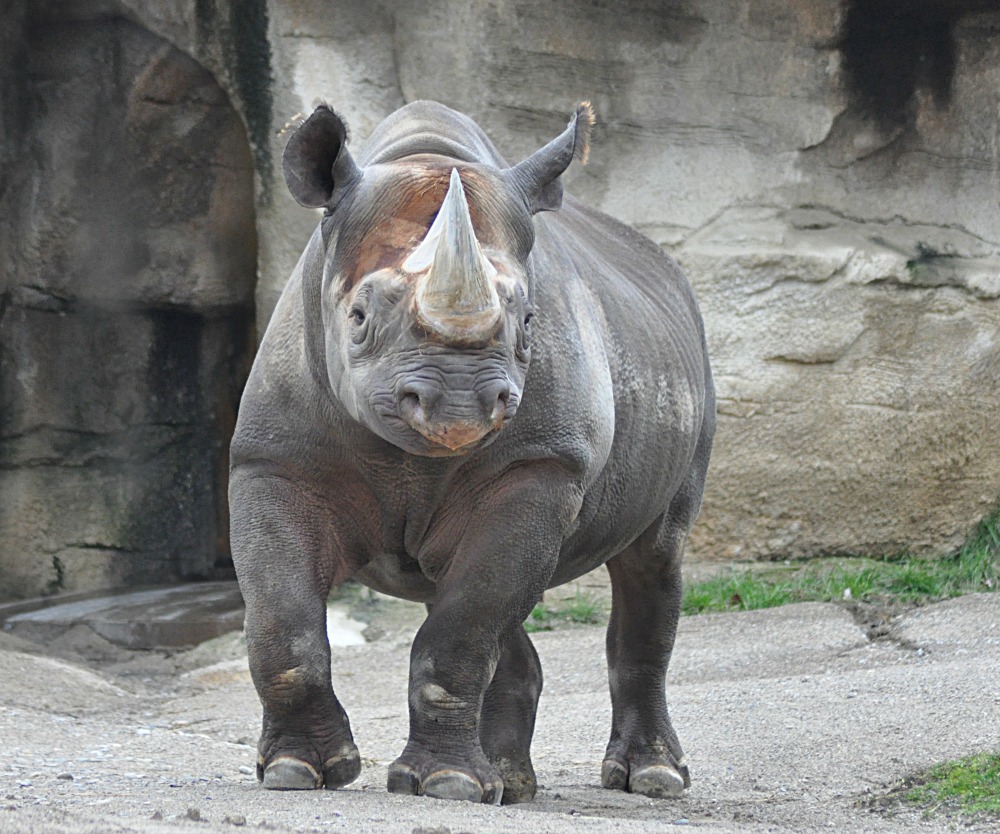 Made of Hair: Made of tightly packed hair-like fibers, the front horn may grow more than four feet long.

Using their semi-prehensile lips, the Zoo’s rhinos, our very own Rhino Rembrandts, create one-of-a-kind original paintings. By purchasing a painting, you will be supporting rhino conservation worldwide.