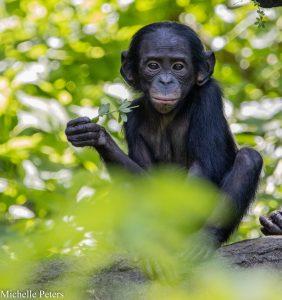 Also called the pygmy chimp, the bonobo is slightly smaller than the common chimpanzee. Sharing more than 98% of its DNA with humans, the bonobo is our closest living relative. Like humans, bonobos live in family groups and are highly intelligent. They often stand upright on two feet as we do. 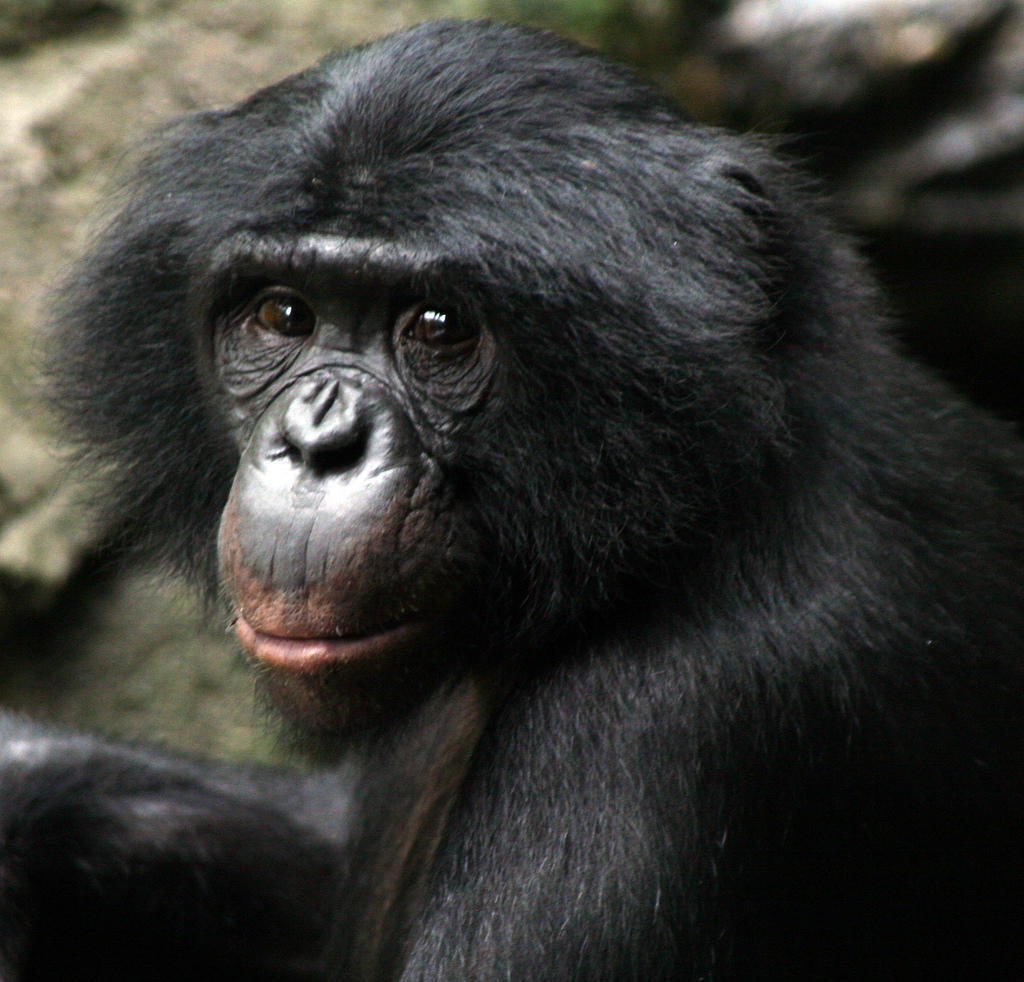 Apes, Not Monkeys: Bonobos, along with chimpanzees, orangutans, and gorillas, are great apes.