The largest fully aquatic salamander in the United States, the hellbender absorbs oxygen from the water through its wrinkly skin. Found in fast-flowing streams and rivers, it hides among the rocks during the day. At night, the hellbender uses its sense of smell to hunt for crayfish and other small creatures.

The hellbender requires high-quality water from which it absorbs oxygen through its skin. Poor water quality is one of the possible reasons that hellbender populations are in decline. You can help hellbenders by reducing your use of chemicals and keeping our waterways clean. 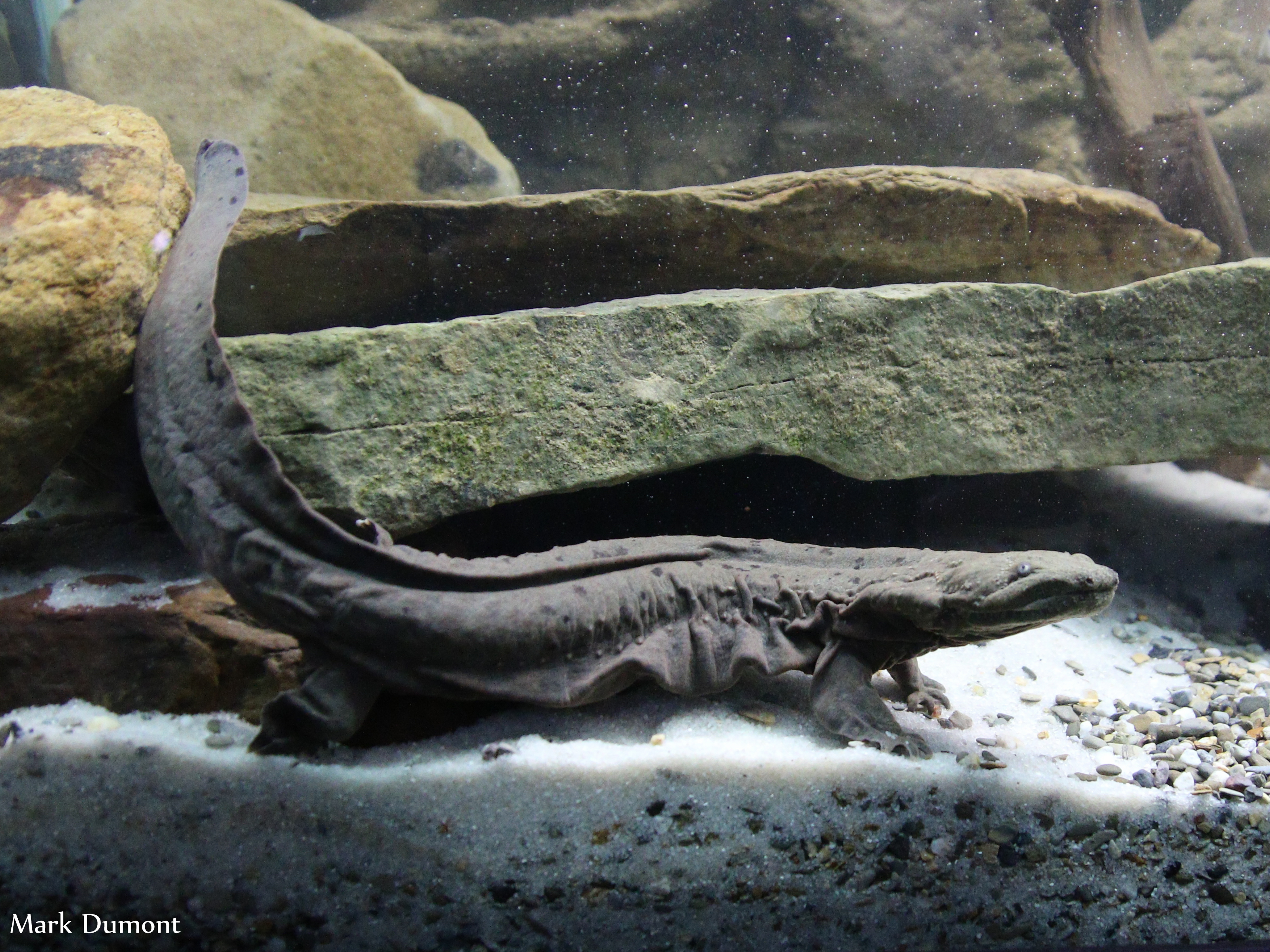 All the Better to Breathe With - Wrinkles actually help the hellbender take in oxygen through its skin more efficiently than would smooth skin.