A little penguin torpedoes through the middle of a school of fish, snatching and swallowing prey along the way. Little blue penguins come ashore at night when predators, such as snakes and seagulls, are less active. They nest in burrows, under trees, in rock crevices, or in caves. 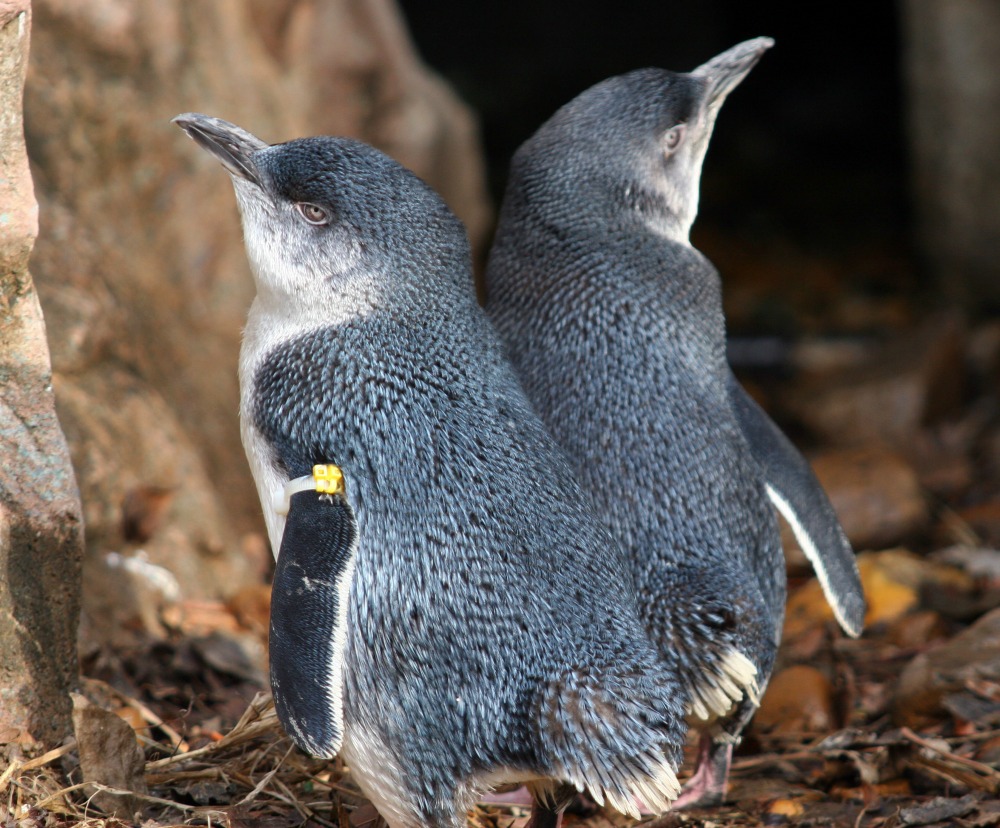