Hidden in the shadows of Africa’s dense Ituri Forest lives a shy relative of the giraffe called the okapi. Like the giraffe, the okapi uses its long, prehensile tongue to pluck leaves and buds from trees.

The foot-long tongue also allows the okapi to lick and clean its own eyelids and ears. An okapi also walks like a giraffe, swinging forward both legs on the same side of the body together. Okapis are solitary, only coming together to mate.

Learn more about what the Cincinnati Zoo is doing to support okapi conservation. 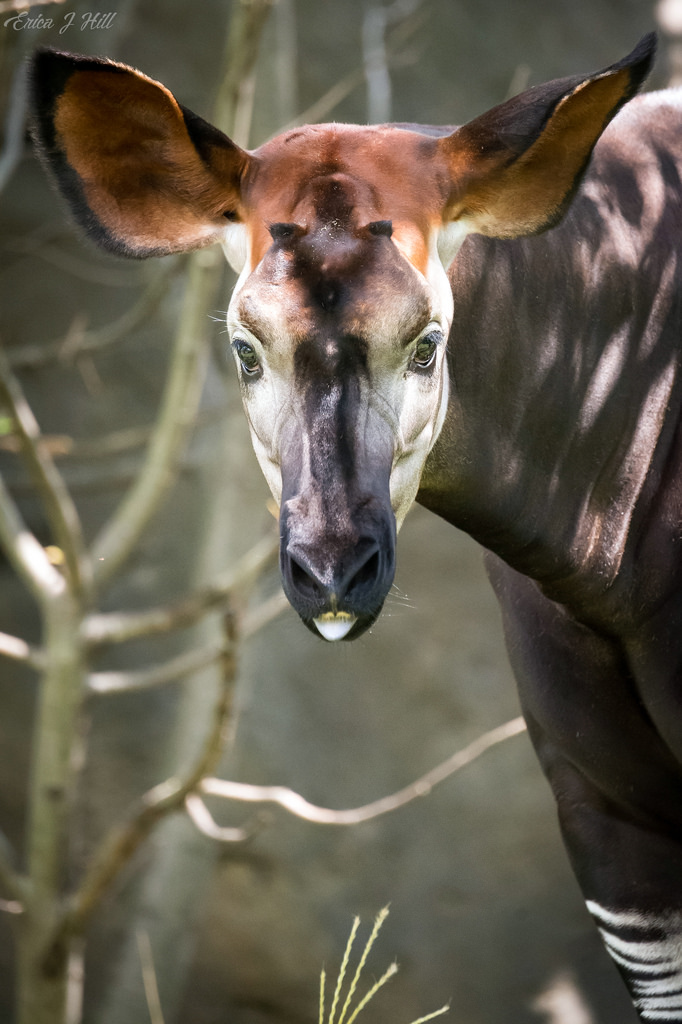 The Zoo supports the Okapi Wildlife Reserve in Democratic Republic of Congo in its quest to conserve and maintain the Ituri Forest where the okapi lives.