An excellent hunter, the ocelot primarily hunts small rodents and also will take small deer, armadillos, reptiles, and other small animals. Though it can climb trees and even swim well, the ocelot spends most of its time hunting on the ground, as long as the habitat provides thick plant cover and abundant prey.

Decorated with dark splotches and stripes, its golden coat camouflages with the foliage and hides the hunter from its prey. Like most other small cats, the ocelot is a nocturnal hunter. With whiskers, large ears, and eyesight six times better than a human’s, the ocelot has no trouble tracking down prey as it patrols the forest floor at night.
Species at Risk (U.S. Endangered Species List—Endangered) 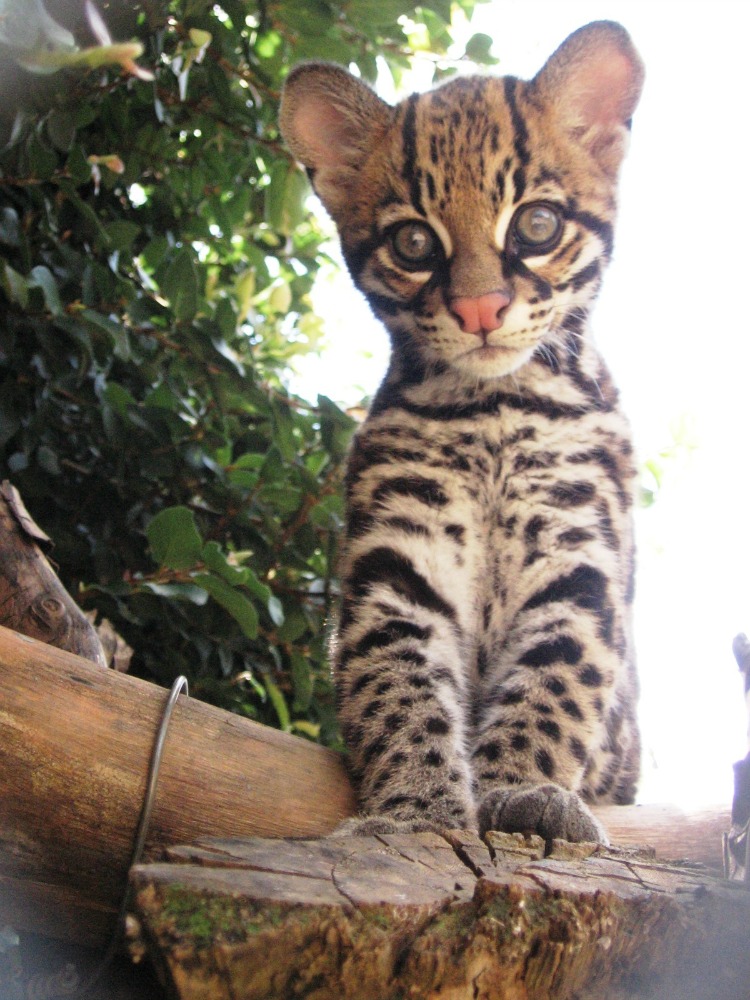 A Tiger with Spots:Ocelot arose from the Aztec word tlalocelot, which means "field tiger."

Our cats want to show off their spots at your school! Sign up for a Cat Ambassador Program, available between October and April.

The Zoo’s Lindner Center for Conservation and Research of Endangered Wildlife (CREW) is working to establish a captive population of Brazilian ocelots and supports additional activities of the Brazilian Ocelot Consortium.