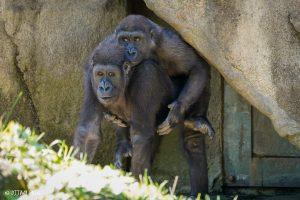 The gorilla is the largest living primate. A gorilla must spend most of its day eating plants to maintain its large size. Despite its massive size and ferocious reputation, the gorilla is actually a peaceful and social animal. Gorillas and humans are close relatives, and share many things in common. They are very intelligent, have emotions and personalities, and live in family groups. 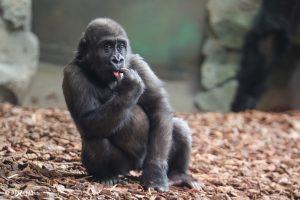 Built in 1978, Gorilla World was one of the first large naturalistic primate exhibits in the world. The indoor habit, which opened in 2017, allows visitors to see gorillas year-round! The floor-to-ceiling viewing glass helps the Zoo continue to inspire gorilla conservation by getting visitors #CloseEnoughToCare. 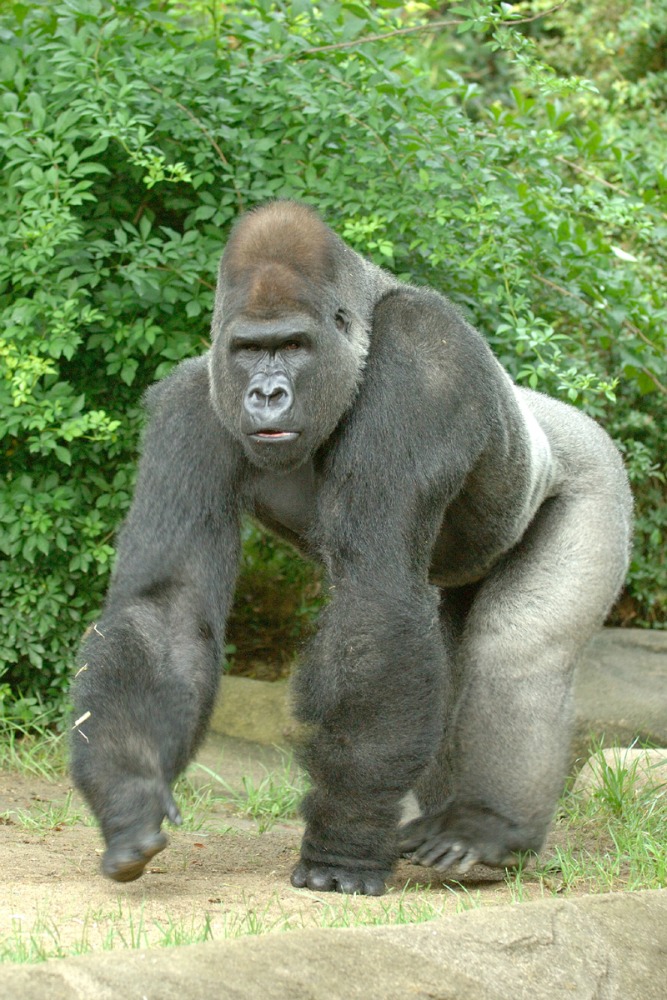 Knuckle-walking: Gorillas walk on the knuckles of their hands and the soles of their feet.