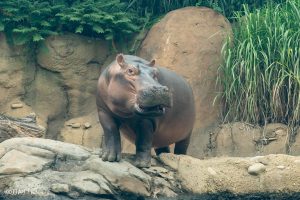 Due to their massive size and strength, adult hippos have few natural predators. Still, hippos are listed as Vulnerable on the IUCN Red List due to habitat loss and poaching. Large-scale development near wetlands leads to habitat loss and fragmentation, while agricultural development pulls water away from the rivers they depend on.

Poaching for meat in Uganda also poses a significant threat to hippos. However, thanks to the efforts of Global Conservation and the Ugandan Conservation Foundation, the Ugandan Waterways Project has been effective in reducing and deterring poaching. Through this project, marine ranger stations were built on Lake Edward and Lake George from which Uganda Wildlife Authority (UWA) rangers can be deployed from. These rangers seek out and apprehend poachers, arresting them and confiscating their illegal goods. Funding also allows the UWA’s monitoring and research team to conduct hippo censuses, which allow them to track hippo populations and trends.

UWA rangers have also benefited the local communities and economies by apprehending illegal fishermen that are catching juvenile fish, thus bolstering fish populations and the legitimate fishing industry. Rangers have also saved fishermen from drowning and used their boats to ferry sick people to treatment. Additionally the work done through this project has benefited other species in the area, including elephants, fish, crocodiles, and birds. 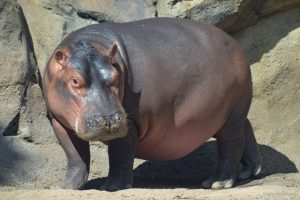 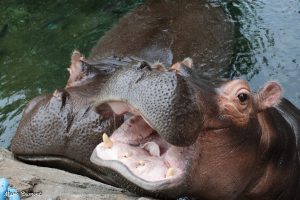 Part of the proceeds from the Zoo’s Behind-the-Scenes Hippo Tour is donated to the Ugandan Waterways Project to fund their critical wildlife conservation efforts.

Hippo Behind the Scenes Info