Couple to lecture at the Zoo on April 13 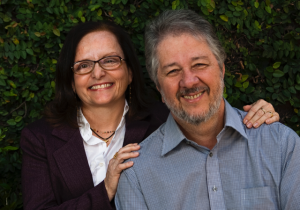 CINCINNATI (April 12, 2016) – Each year, the Cincinnati Zoo & Botanical Garden invites several of the world’s leading conservationists to participate in its Barrows Conservation Lecture Series and presents one of the speakers with  the Zoo’s Wildlife Conservation Award. Legendary conservationists Suzana Padua, Ph.D, and Claudio Padua, Ph.D, are this year’s recipients and will be recognized on April 13 when they’re in Cincinnati to speak to a standing-room-only audience at the Zoo.

The Paduas thirty years of conservation work in Brazil started with an effort to save black lion tamarins from extinction and includes co-founding IPÊ – Instituto de Pesquisas Ecológicas (Institute for Ecological Research) a non-profit organization that works for the conservation of biodiversity and sustainable development in the Atlantic Coastal Forest region of Brazil. IPE projects benefit endangered species and the people who live around the protected areas where IPÊ works. The aim is to raise local people’s awareness to the importance of conservation and offer viable alternatives that integrate social and environmental needs.

“It is an honor to host Suzana and Claudio Padua and to present them with the Cincinnati Zoo’s Wildlife Conservation Award. The most significant thing about their work is that, from the start, the Paduas understood that effective species conservation requires the support of communities. They helped residents in the areas surrounding the tamarins’ forest home understand that tamarin conservation not only preserved the Atlantic Forest, already very much threatened, but also improved their own lives,” said Cincinnati Zoo Director Thane Maynard.

The list of conservationists who have been honored with the Zoo’s conservation award annually since 1993 includes Jane Goodall, the first to receive the award, Ted Turner, John Ruthven and many other internationally-known figures.