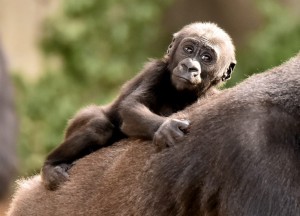 CINCINNATI (January 26, 2016) – The Cincinnati Zoo & Botanical Garden (CZBG) has reached the halfway mark of its $12 million Gorilla World expansion fundraising campaign goal thanks to major gifts from The Spaulding Foundation and Harry and Linda Fath. The exhibit expansion, on track to be complete as early as 2017, will include a greenhouse structure, which will essentially double the size of the current exhibit and provide multiple gorilla family groups with access to naturalistic settings, natural daylight, and large interactive spaces, promoting healthy interaction among family members.

“The Zoo’s capital improvements depend primarily on private donations from foundations, individuals and corporations, and The Spaulding Foundation and the Faths have stepped up in a big way to support the expansion of our wildly-popular gorilla exhibit,” said Cincinnati Zoo Director Thane Maynard.  “Their generous gifts have moved us much closer to building an exhibit that will add four to five months of gorilla viewing opportunities.” 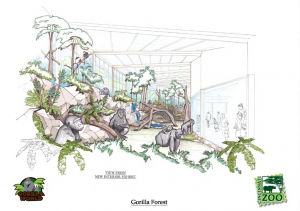 Creation of the new indoor habitat will provide our two gorilla family groups with large, engaging and naturalistic spaces to encourage healthy behavior and interaction. These will be provided through construction of cutting-edge off-exhibit holding facilities. The less visible but equally important component of the expansion involves reconfiguring and modernizing the off-exhibit holding and living areas for the Zoo’s gorillas. The new configuration will provide the Zoo’s eleven gorillas, divided in two family groups, spatial variety and easy options to move past one another.

With the central objective to “Inspire Every Visitor with Wildlife Every Day,” strengthening visitor engagement is a goal of every project the Cincinnati Zoo undertakes. At this already popular exhibit for the Zoo, the opportunity for year-round viewing and engagement with gorillas and their keepers will be an enormous hit with visitors. 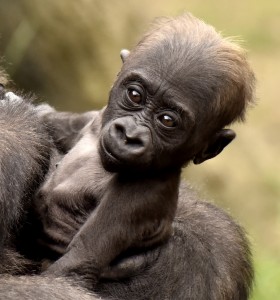 The Cincinnati Zoo has a rich and successful history with western lowland gorillas going all the way back to the arrival of Susie, the first gorilla in 1931. The Zoo’s outdoor gorilla exhibit, originally designed as a greenhouse conservatory, opened in 1978 and was one of the earliest large naturalistic primate exhibits in the world.

To learn more about the Gorilla World expansion, visit cincinnatizoo.org.  Click here to make a donation online, or call Reba George Dysart, Director of Development, at 513.487.3442.

There are about 765 gorillas in zoos worldwide including approximately 360 in the Association of Zoos & Aquariums (AZA) Species Survival Program (SSP) for this species. Western lowland gorillas are critically-endangered in the wild, with less than 175,000 individuals. Due primarily to habitat destruction caused by logging, mineral mining and agricultural expansion, wild gorilla numbers continue to shrink.  The bushmeat trade – the killing of wild animals to be used as human food – is also a major threat to the western lowland gorilla population throughout the Central African rainforests.  Over 1,000 gorillas are illegally poached for the bushmeat trade each year. The Cincinnati Zoo supports wild gorilla conservation efforts like the Mbeli Bai Study in Nouabalé-Ndoki National Park in the Republic of Congo.  The Mbeli Bai Study is the longest running research being done with wild western lowland gorillas.  Through research, local education programs, publications and documentaries, the Mbeli Bai Study is raising international awareness for gorillas and their struggle for survival. For more information, visit www.cincinnatizoo.org.

See the gorillas in Gorilla World, weather permitting, near the Reptile House.