West Sixth Brewing Co. and Taste of Belgium Short Vine are teaming up for a “Hops for Hippos” fundraiser, set for 6 p.m. Feb. 6, to raise money for our hippo exhibit!

Taste of Belgium will donate 6 percent of sales to the zoo and West Sixth will match that contribution. Zoo Director Thane Maynard, Chief Operating Officer Dave Jenike and other Zoo representatives will attend to talk about the hippo project and bartend. There also will be a raffle and a commemorative glass.

West Sixth began 6th for a Cause “to realize the mission of not only brewing great beers but also having a positive affect on the community,” a news release says. The partnership with Taste of Belgium is the first 6th for a Cause event held outside the brewery’s taproom in Lexington.

Can’t join us but still want to help Bring Hippos Back to Cincinnati? 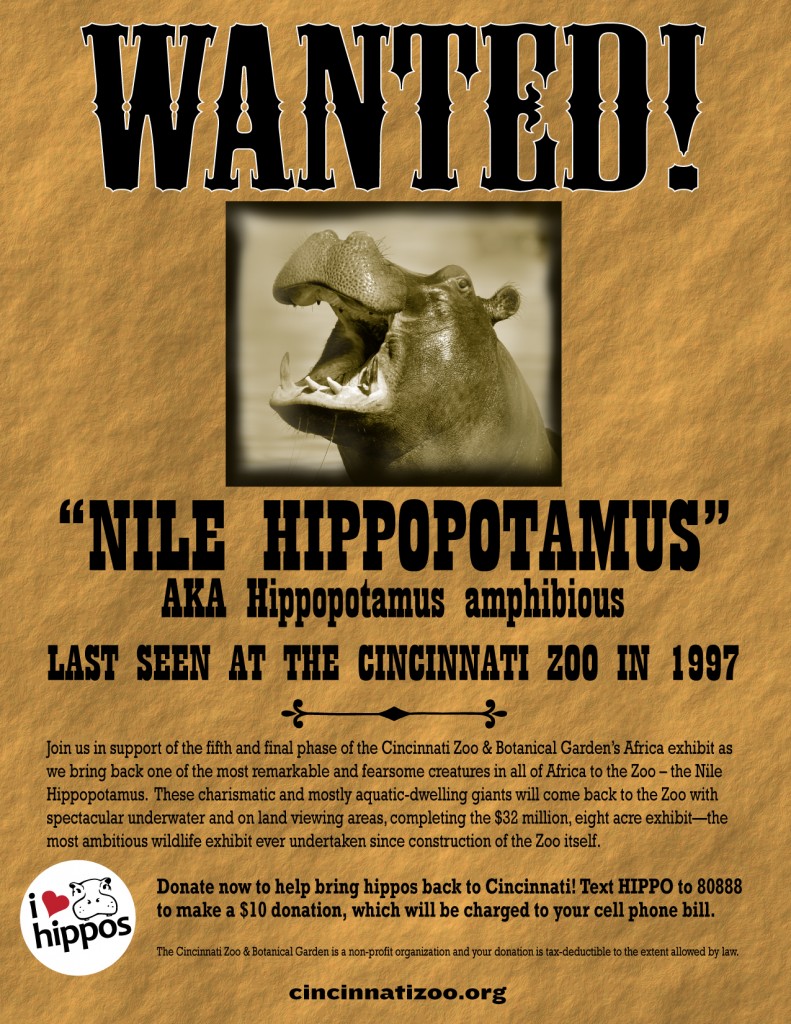