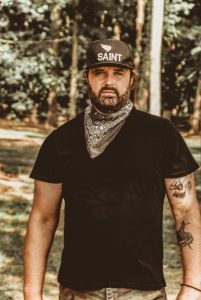 “We’ve made big changes to our Toast Series events this year, including opening up more of the Zoo to accommodate more guests,” said Cincinnati Zoo Events Manager Kim Denzler. “That’s good news for beer enthusiasts and Randy Houser fans in the area!”

Other changes to the event series include extended hours, more animals, more beverages and discounted admission for members and those who purchase tickets to the full series. A VIP ticket option that includes complimentary food samples is now available.  A wide selection of food will be available for purchase for all guests (standard tickets do not include food).

With an inimitable voice the New York Times describes as “wholly different, thicker and more throbbing, a caldron bubbling over,” Randy Houser racked up five consecutive country radio hits and over five million singles sales after shifting record labels to Stoney Creek Records. He topped the charts with the “How Country Feels,” Runnin’ Outta Moonlight,” ͞”Goodnight Kiss,” (also his first No. 1 as a songwriter), “We Went,” and earned critical acclaim for his powerful delivery of the Top 5 smash and CMA Song of the Year-nominated “Like A Cowboy.”  Houser has spent the majority of 2017 in the studio consumed by his much-anticipated new project while also being tapped to perform at major country music festivals.

*Winner will be contacted by May 1st, Meet and Greet for two (2) persons.