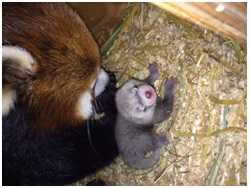 CINCINNATI, OH (August 2, 2015) – “Dr. Erin Curry” may seem like an odd name for a red panda cub, but it’s fitting for the female cub born last month to two-year-old red panda, “Lin.”  Lin and “Bailey,” a seven-year-old red panda who gave birth to a male cub six days before Lin delivered her cub, were monitored prior to and throughout their pregnancies by reproductive physiologist Dr. Erin Curry, who was able to accurately predict the birthdates of both cubs.  Due to variable gestation lengths, pinpointing birthdates for this species without technology is difficult.  There’s a two-month window when keepers could expect to see cubs. 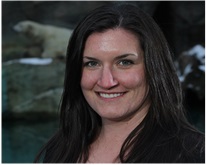 Dr. Curry, who works at the Cincinnati Zoo’s Center for Conservation and Research of Endangered Wildlife (CREW), worked with the red panda keepers to accomplish ultrasounds on the pregnant red pandas and monitored hormones in the stool samples to correlate progress and timing of the pregnancy.”  Although CREW can take no credit for their conception, this is the 4th (and final) year of monitoring our red pandas via regular ultrasound exams and fecal hormone analyses to learn more about the reproduction of this species. These are the first red panda cubs (to our knowledge) whose birthdates were predicted with accuracy based on ultrasonography and fecal hormone monitoring, making them extra special,” said Dr. Curry. 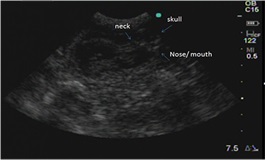 The Cincinnati Zoo has a big, open-air exhibit with mature trees and an off-display area that allows females to choose where they are most comfortable to have their babies. More than 70 red panda cubs have been born at the Zoo. Keeper Paul Reinhart said, “We have a hands-off approach to managing red panda births. This means that as long as mother and babies are doing well, we don’t handle them.” The red panda cubs, “Dr. Erin Curry” and “Kelli,” are bonding with their moms behind the scenes and are expected to make their public debut this fall.  “Kelli, who was named after a former employee, will most likely be called K-Red, but Dr. Erin Curry will not have a nickname,” said Reinhart.

Made for a life in the trees, the red panda is a skilled climber and jumper, clearing distances of up to five feet. Similar to both raccoons and bears, this bamboo-munching mammal has a ringed tail and rust-colored fur. Red pandas are native to mountainous forests found in south and southeast Asia, and can live up to 14 years. Most active at dawn and dusk, these frosty-faced fur balls are usually found sleeping the day away. Red pandas have a variable gestation period between 107 and 158 days, typically mating from the end of December to the middle of March. A litter ranges anywhere from 1 to 4 cubs, with 1 to 2 being the most common. Red pandas are listed as a vulnerable species at risk and are thus part of the Species Survival Plan. The Zoo’s two new cubs will play an exciting and important role in maintaining the red panda population and genetic variation for future breeding.

The red panda exhibit is next to the Children’s Zoo.