CINCINNATI, OH (February 11, 2022) — Cincinnati Zoo & Botanical Garden and Los Angeles Zoo are putting their logos on the line for their hometown teams!

“We know that the tiger has what it takes to best a ram,” said Cincinnati Zoo director Thane Maynard.  “We have confidence in our Bengals.  So much so that we are willing to change the rhino in our logo to a ram if they don’t win.  LA Zoo’s logo will include a tiger when we win.” 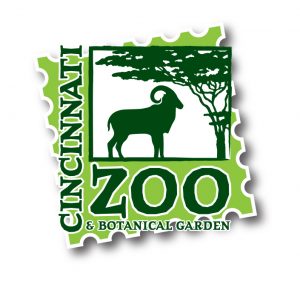 The loser of the friendly wager will use the altered logo as its profile pic on all social channels the day after the big game.  The winner will gloat.

“Cincinnati Zoo’s logo has included the image of a critically endangered black rhino for more than 100 years. It represents our commitment to endangered species conservation and the work that we’re doing to promote coexistence and protect the landscapes that are important to rhinos, tigers, and other valuable and inspiring species.” said Maynard.  “It would be a shame to have to change that image to a ram, an animal that isn’t rare or exceptional.  I don’t think we will have to.”