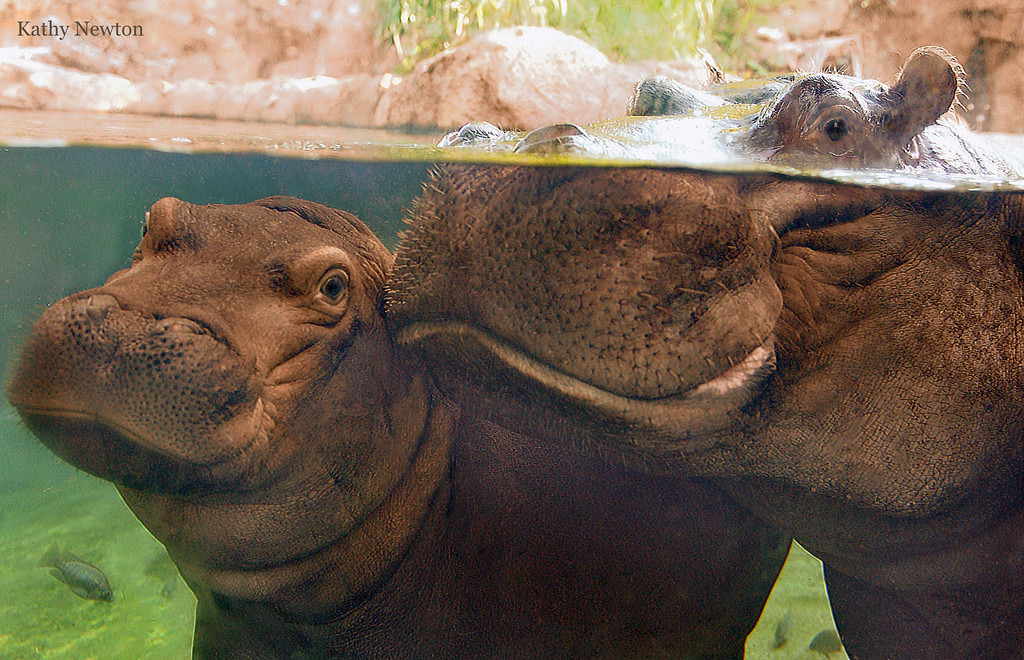 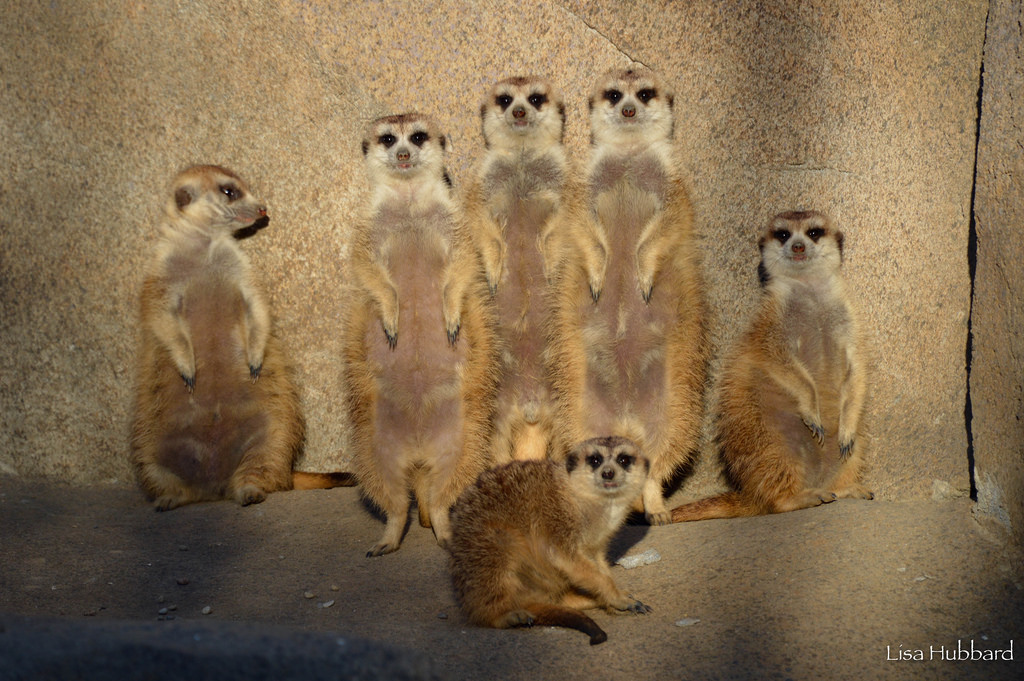 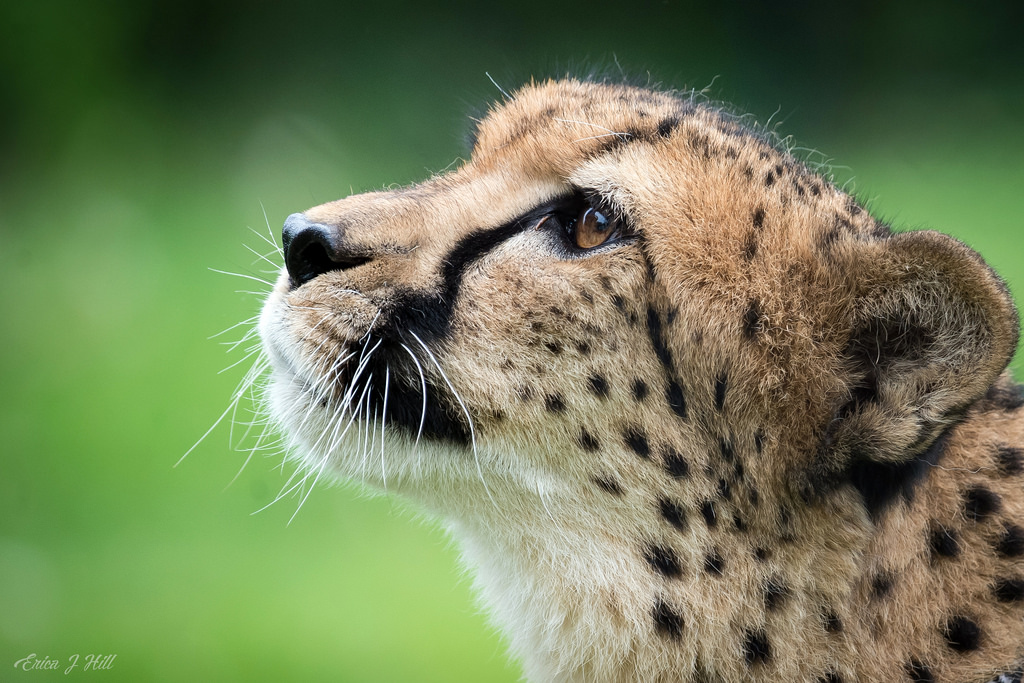 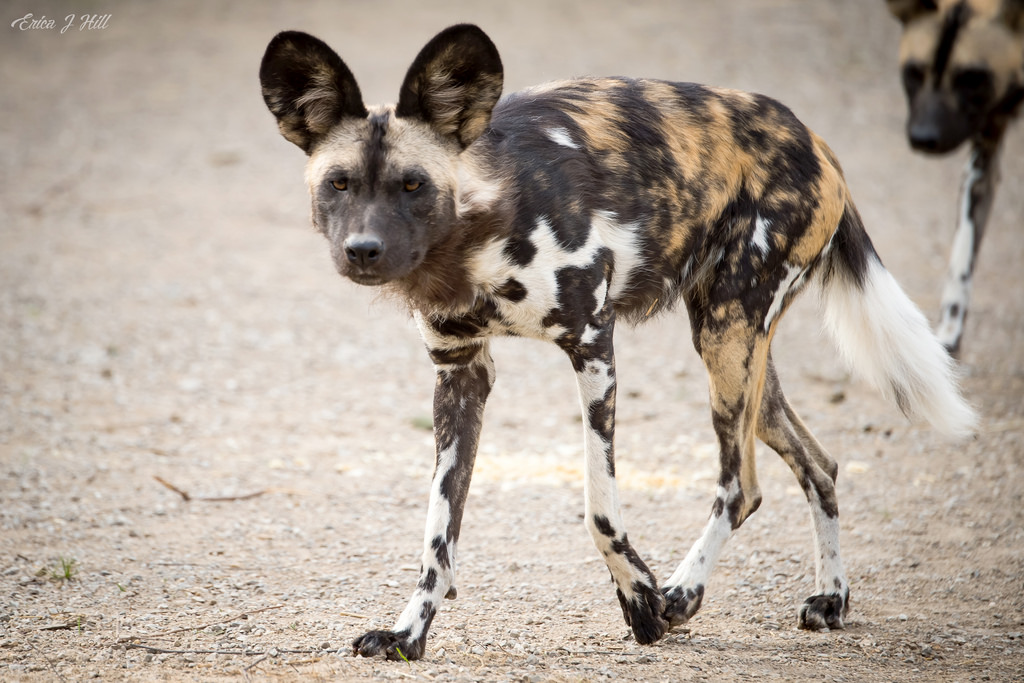 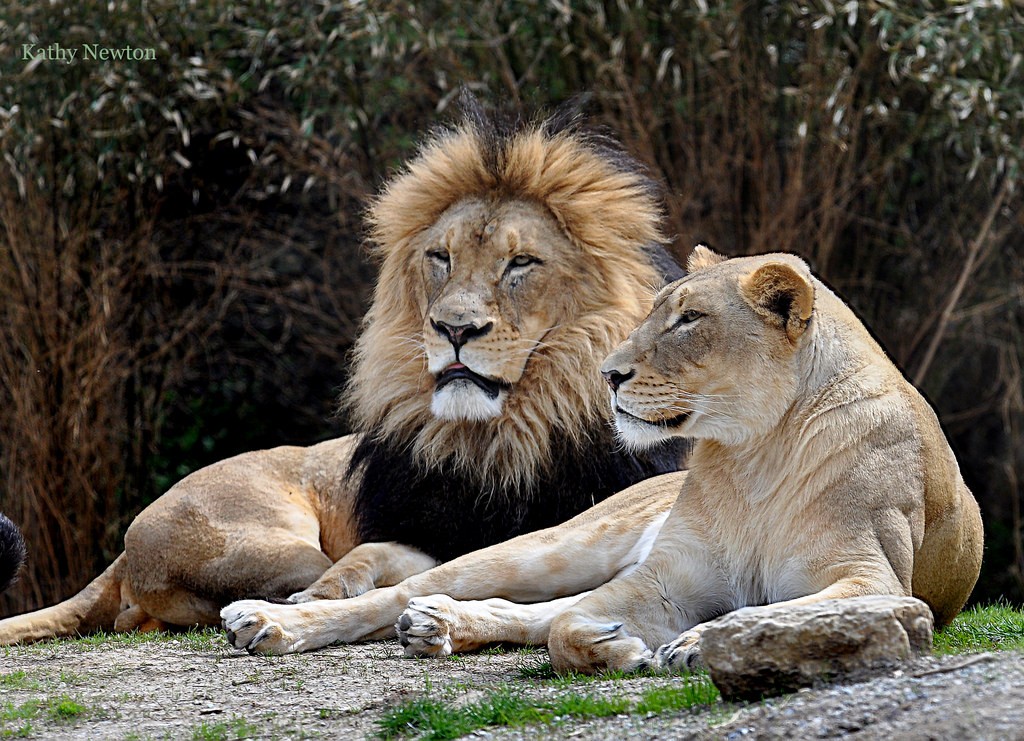 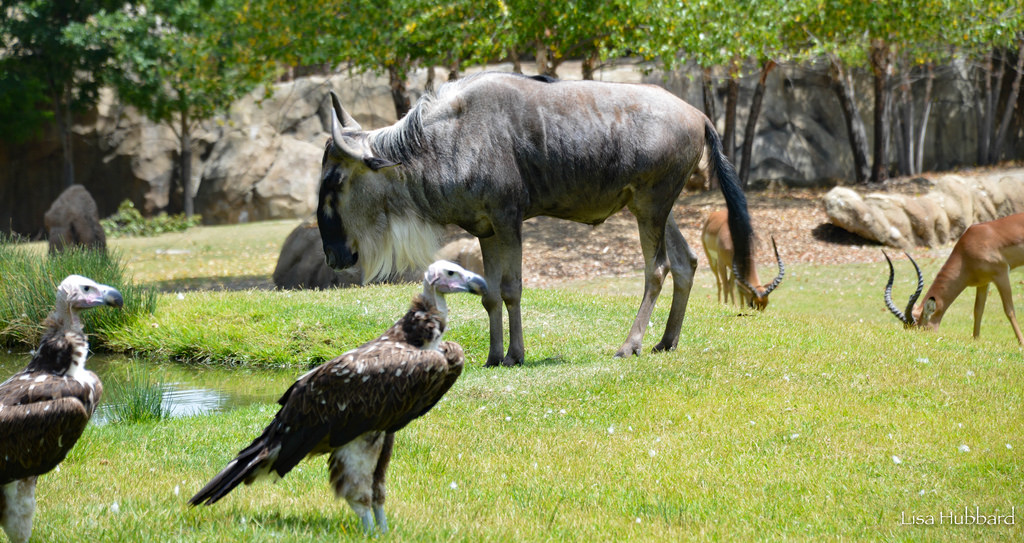 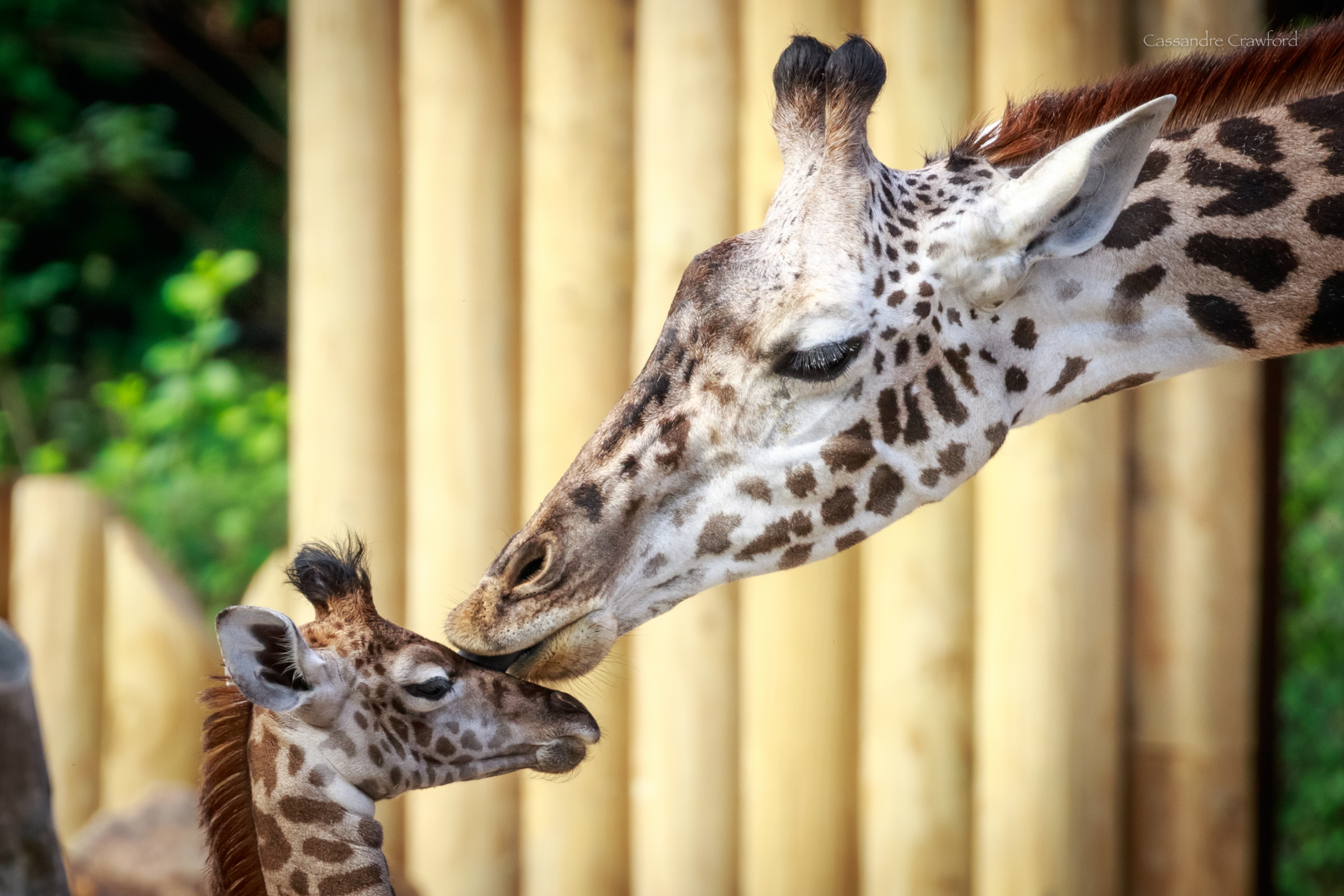 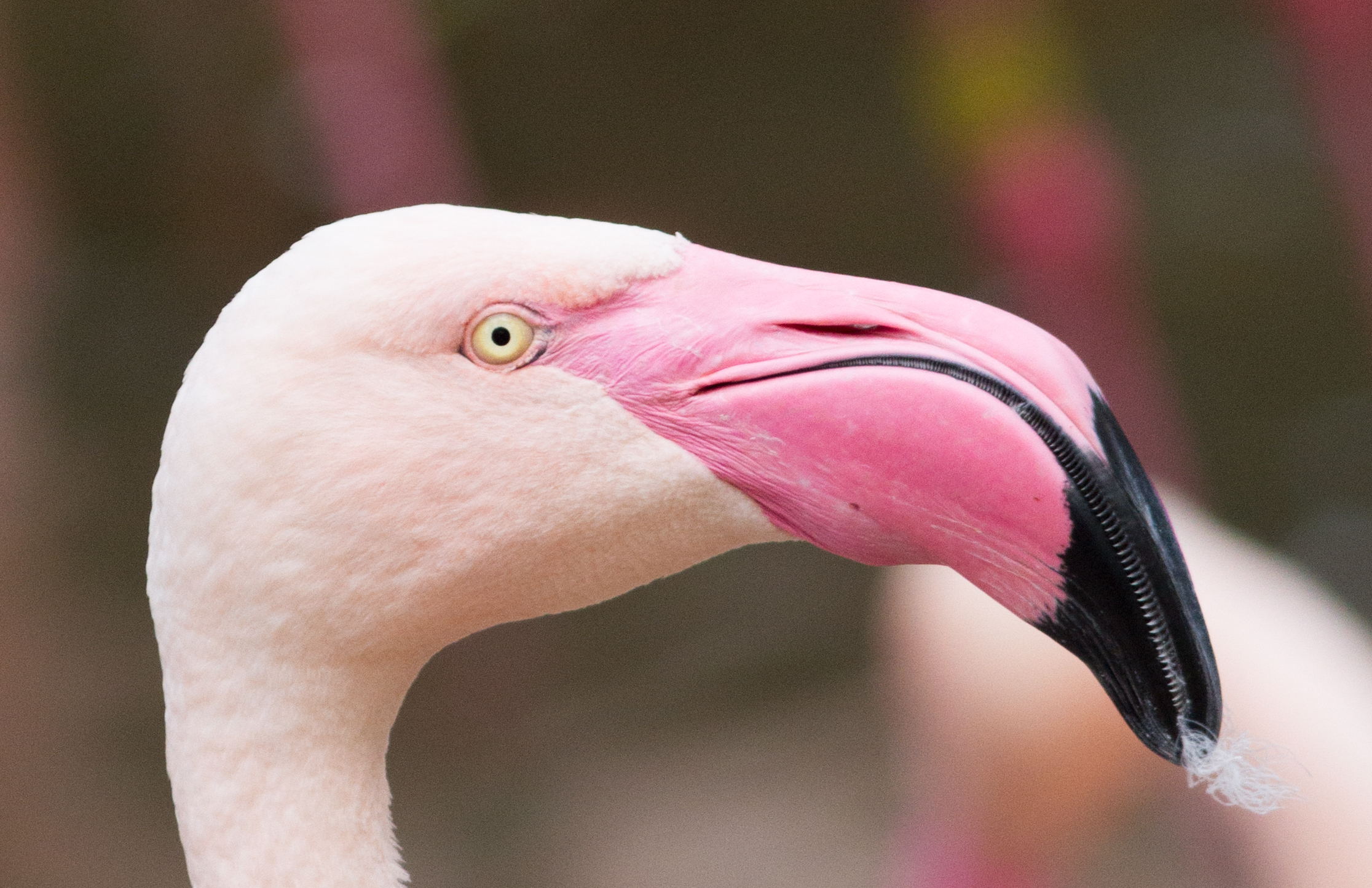 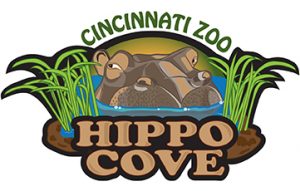 Home of the world-famous Fiona! Hippo Cove is designed to bring visitors #CloseEnoughToCare by inspiring them with wildlife! There is an underwater viewing area and an interactive play area for children young and old to learn and explore more about these giant, and amazing animals.

Transport yourself to an African Safari, right here in Cincinnati! Experience face-to-face encounters with meerkats where a pop up bubble allows your child (or the child in you) to get an up close view of these charismatic creatures.  Also, visit the open-vista hoof stock exhibit with ostrich, lesser kudu, pink-backed pelican, and Rüppell’s and lappet-faced vultures, to name a few! Or check out lions, giraffes painted dogs and hippos on your visit. Come back week after week to get to know all the faces at the Zoo.

Africa is a very ambitious project that brings our guests closer to animals, allowing every visitor a glimpse into life on an African savannah.  Exhibits featuring expansive views across open spaces combined with unique educational opportunities are bringing a slice of life in Africa right here to Cincinnati.

A Walk through Africa

When you enter Africa from the Zoo’s main path, you’ll have an immediate opportunity to visit the Base Camp Café – our African-themed main restaurant, renovated as part of Phase III in 2013. With more seating than ever before, and an expansive deck overlooking the exhibit, the café is a destination unto itself and the perfect spot to refuel before heading out on your own African safari. Renovated restrooms and a comfortable and private Nursing Nest are located below the café.

Just past the Base Camp Café on your right is a lush green yard with waterfalls, where you can see cheetahs when they are not running as part of the Cheetah Encounter show, farther along the path and up the hill.

Next you’ll come to a fork in the path overlooking a wide open savannah area, and we’ll stay to the right for now.  You’ll see a small “stone circle” area, Mahali, where you can encounter small African animals like Mambo and Tango the flamingos and Kaa the Angolan python and ask Zoo educators any and all questions about them.

Keep on the path, and you’ll soon arrive at Pride Rock, home to our pride of African lions.  The lion exhibit opened as part of Phase III in June 2013 with our young male John.  By spring of 2014, as Phase IV was completed, John’s mate Imani was keeping him company, and by spring 2015, they and their three female cubs.

Directly behind you as you keep an eye on the lions is our herd of Maasai giraffe. Giraffes are the tallest animals in the world and one of the most popular at the Zoo, especially during feeding time. With its gazebo-style feeding tree house that reaches out into the giraffe yard, you can come eye to eye with these tall grazers and get a breathtaking view of the entire Africa vista.

Continuing up the path, guests arrive at a lasting favorite – the Zoo’s Cheetah Encounter in the Cathryn Hilker Running Yard, where cheetahs can be seen racing at top speeds. In addition to cheetahs, visitors can also expect to see fishing cats, African servals, Anatolian shepherds, and even a red river hog! Cheetah Encounter is free with regular Zoo admission.

Remember that fork in the path, down the hill from the Café?  Let’s return there for a walk through the most recently added parts of Africa, built in Phase IV, and opening to the public in June 2014.  First off, you can take in the expanse of savannah and water ways.  While these physical features were built as part of Phase III, the animals now inhabiting it were added as part of Phase IV.  And how diverse they are! You’ll see African ostrich and other birds including Ruppell’s and lappet-faced vultures, pink-backed pelicans, African crowned cranes, and crested guineafowl in the same open vista as hoofed animals like Lesser kudu.

Our Zoo’s dynamic community conservation activities in the South Rift of Kenya operate out of a large open-air center called Lale’enok (Maasai for “gathering of resources and community information”). You will see our own Lale’enok, which opened as part of Phase IV, to your left as you travel down the path.  Lale’enok is providing all our Zoo visitors, school children and educators an opportunity to learn about and become part of our African conservation efforts.

Next you will come to one of the most beautiful habitats built anywhere at the Zoo in recent years, our painted dog exhibit, featuring waterfalls and a stream, rocky caves and open grass areas that provide plenty of space – and a glass viewing wall for close-up encounters.

The final element of Phase IV is the Meerkat Exhibit, which opened in the summer of 2015.  The area features a “bubble” that lets children get right into the middle of the exhibit. Curious meerkats can be seen digging and exploring throughout the day.

Phase V, the final phase of Africa, features one of the most charismatic African wildlife species – Nile hippopotamus – in an exhibit that gives you the opportunity to see these enormous animals both above and under water. 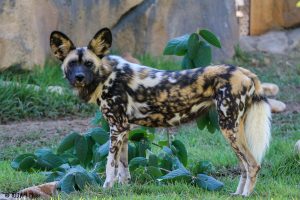 As The Greenest Zoo in America®, all new habitats are built to Leadership in Energy & Environmental Design (LEED) standards.

The Zoo partners with the Metropolitan Sewer District to divert all of the rainwater that drains into the site off the storm water grid. Phase I alone replaced more than one acre of pavement with an acre of green space. Upon completion of Africa, nearly eight acres of green space have been added, which takes one-third of the Zoo’s storm water off the grid. Pervious concrete, bio-swales, and a large rainwater re-use tank are used to pump out the water for irrigation. 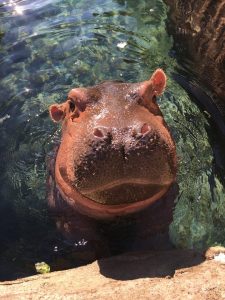 Phase III of the Africa exhibit, which includes naturalistic spaces for lions, cheetahs, painted dogs and mixed hoof stock, achieved LEED Gold certification in part due to what’s under the exhibit.  A 400,000-gallon underground detention tank below the painted dogs collects rainwater that’s filtered and used to feed the streams, waterfalls and tanks in Africa and other Zoo exhibits.

Other green features that contributed to gold certification include:

The solar array over the Zoo’s exemplary parking lot provides 20% of the power for the exhibit/restaurant. Learn more here.

The Zoo partners with the African Conservation Centre in Kenya. The Centre’s primary aim is to bring together the people and skills needed to build East Africa’s capacity to conserve wildlife.

The Centre is located in the South Rift Valley of Kenya, stretching from the Maasai Mara National Reserve through Amboseli National Park, and is one of the most spectacular wildlife areas on the planet. Each year, the Zoo, in conjunction with Miami University’s Project Dragonfly, leads an Earth Expeditions course titled Kenya: Wildlife & People in Integrated Landscapes. Up to 20 teachers, primarily from the United States, travel to the South Rift Valley to engage in community-based conservation in this dynamic landscape. This effort builds on the decades-long research of Dr. David Western, former head of the Kenya Wildlife Service, and the centuries-long research of the Maasai pastoralists, who have long co-existed with wildlife in an open grassland ecosystem populated by elephants, lions, giraffes, zebra, wildebeests, and a remarkable diversity of other species. With the rise of nontraditional lifestyles, private ranches, and fenced lands that prevent needed wildlife migrations, communities of the South Rift have recognized the need to understand the impact of these changes and to work together for a better future.

While in the AFRICA exhibit at the Zoo visitors will have an opportunity to help one of our conservation mission’s back in Africa. Beaded bracelets, made by the Olkiramatian Women’s Group that manage the Lale enok Resource Center in the South Rift of Kenya, are being sold in the AFRICA exhibit. These bracelets are an unchanging symbol of the Maasai – a tangible cultural icon and a means to maintaining healthy livelihood. The Lale enok Resource Center provides the community with important information including good places to graze cattle, recent lion activity, water sources, etc. The Resource Center also houses lion conservation research teams that track and follow the resident lion prides using GPS collars provided to them by the Zoo.

These collars help the researchers alert the community about where the lions are, which helps the herders keep their cattle safe and reduces the number of lethal conflicts between lions and humans. So, they also protect lions. The Women’s Group not only uses money from the sale of bracelets to support the Resource Center (and hence the lion research), but also to support tuition for Maasai girls at local schools. The Resource Center focuses on improving human health and livelihoods while also helping protect wildlife. 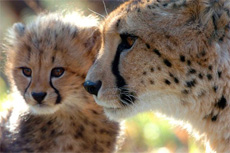 The Zoo has a long-standing partnership with the Cheetah Conservation Fund (CCF). Founded in 1990, the CCF’s mission is to be the internationally recognized center of excellence in the conservation of cheetahs and their ecosystems. Each year, the Zoo, in conjunction with Miami University’s Project Dragonfly, leads an Earth Expeditions course titled Namibia: Great Cat Conservation. Up to 20 teachers, primarily from the United States, travel to CCF headquarters in Namibia, which is home to the largest wild population of cheetahs. Loss of habitat and available prey, competition with other predators, conflict with farmers and ranchers, and poaching are taking a heavy toll on wild cheetah populations. Students engage in ongoing research projects at CCF, which include radio tracking, cheetah physiology, ecosystem management, and the design of school and community programs.

From a tall watchtower on the edge of Mbeli Bai, a large swampy clearing in the Congo rainforest, researchers observe how gorillas interact with each other and their environment.

The Zoo supports the the Mbeli Bai western lowland gorilla study, located in the Nouabalé-Ndoki National Park. Initiated in 1995, it is the longest-running field study of western lowland gorillas in the wild. Led by Principal Investigator Thomas Breuer, the study provides unique insights into gorilla social organization and dynamics, which are critical to determining the best course of action for gorilla conservation. In addition to scientific study, the researchers also talk to the community about the importance of gorillas. Through Club Ebobo, local children are learning – and helping their parents learn – that over-hunting for bushmeat threatens the survival of gorillas and the health of the forest as a whole. The Zoo’s Primate Center Team Leader, Ron Evans, has traveled to the Congo to assist with the Mbeli Bai study and its educational outreach efforts.