The cheetah plays an important role as a predator on the African savannah. The fastest animal on land, the cheetah can reach speeds up to 70 miles per hour over short distances. A sleek body, flexible backbone, long legs, non-retractable claws, and muscular tail assist the cheetah during high-speed chases.

The dark tear mark below a cheetah’s eye, called a malar stripe, absorbs the sunlight to keep the glare of the sun out of its eyes. Once the cheetah is within striking distance of its prey, it swipes at the prey’s hind legs with its front paw and strong dewclaw to trip and knock it to the ground. Then it closes off the prey’s windpipe to suffocate it. Exhausted after the chase, the cheetah must rest for a while to recover.

Running for its Life

Through the Angel Fund, the Zoo is helping the cheetah win the most important race, the race against extinction. 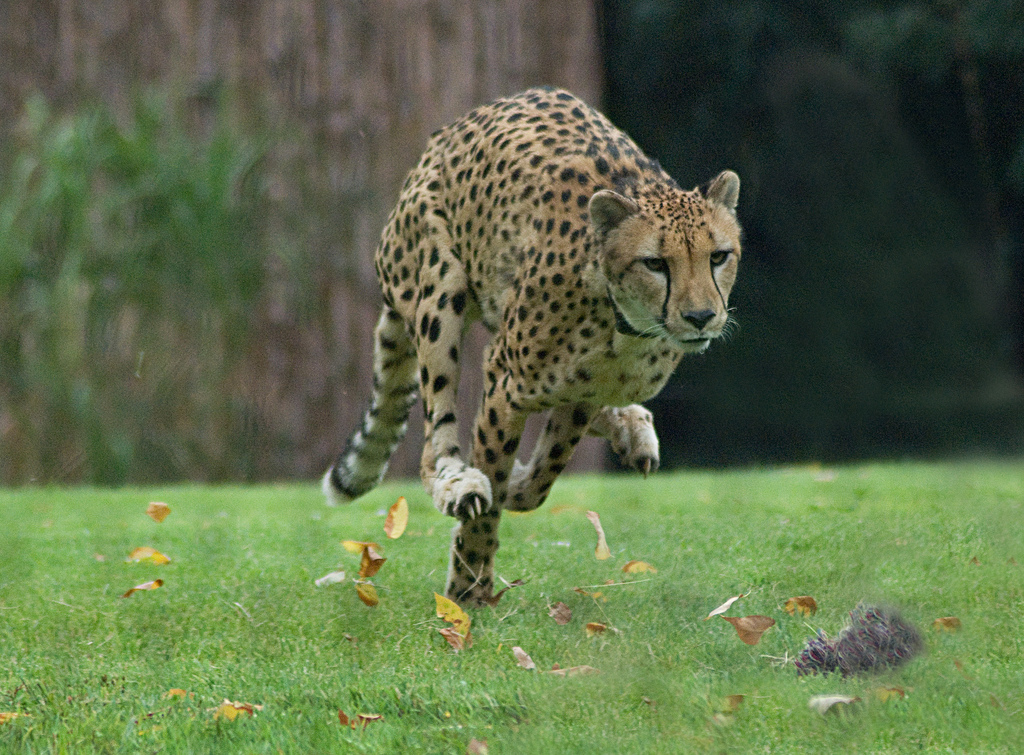 Fastest Animal on Land: A cheetah can sprint across a distance of 92 feet in a single second.