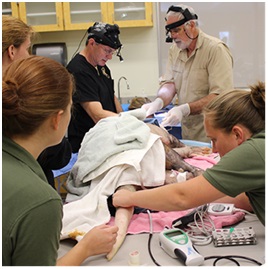 While having a concrete diagnosis was a positive development, treating a dental problem presented another challenge. “Aardvarks can’t open their mouths wide enough for a tooth to be extracted in the conventional way. The only way to get the infected tooth out is to go in through the side of the jaw,” said Cincinnati Zoo Veterinary Director Mark Campbell, DVM. 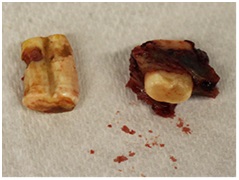 Ali, who is 11 years old, is doing well post surgery.  “It will be several weeks until she is healed and we know for sure how successful the procedure
was, but the teeth that were the source of the problem have been removed, so she should do fine,” said Cincinnati Zoo Associate Veterinarian Jenny Nollman, DVM.