For African painted dogs, also known as wild dogs, cooperation is the name of the game and survival is the aim. Painted dogs live in large, extended families, in which all group members work together for the good of the pack. The leaders of the pack, an alpha male and female, are the only ones that breed. Instead of leaving the pack, their offspring stick around as adults and help raise their younger siblings. Painted dogs give birth to an average of 10 pups in a single litter!

Elaborate greeting ceremonies complete with leaping, face-licking, tail-wagging, and squealing are the social glue that bonds the pack together. Hunting cooperatively, painted dogs can take down prey as large as a wildebeest. The whole pack shares in the feast, even the pups and pack members that stayed behind as dogs returning from the hunt regurgitate bits of meat for them. One dog begs the other to regurgitate part of a meal by whining and licking its muzzle.

Learn more about what the Cincinnati Zoo is doing to help the African painted dog, the most endangered carnivore in Africa. 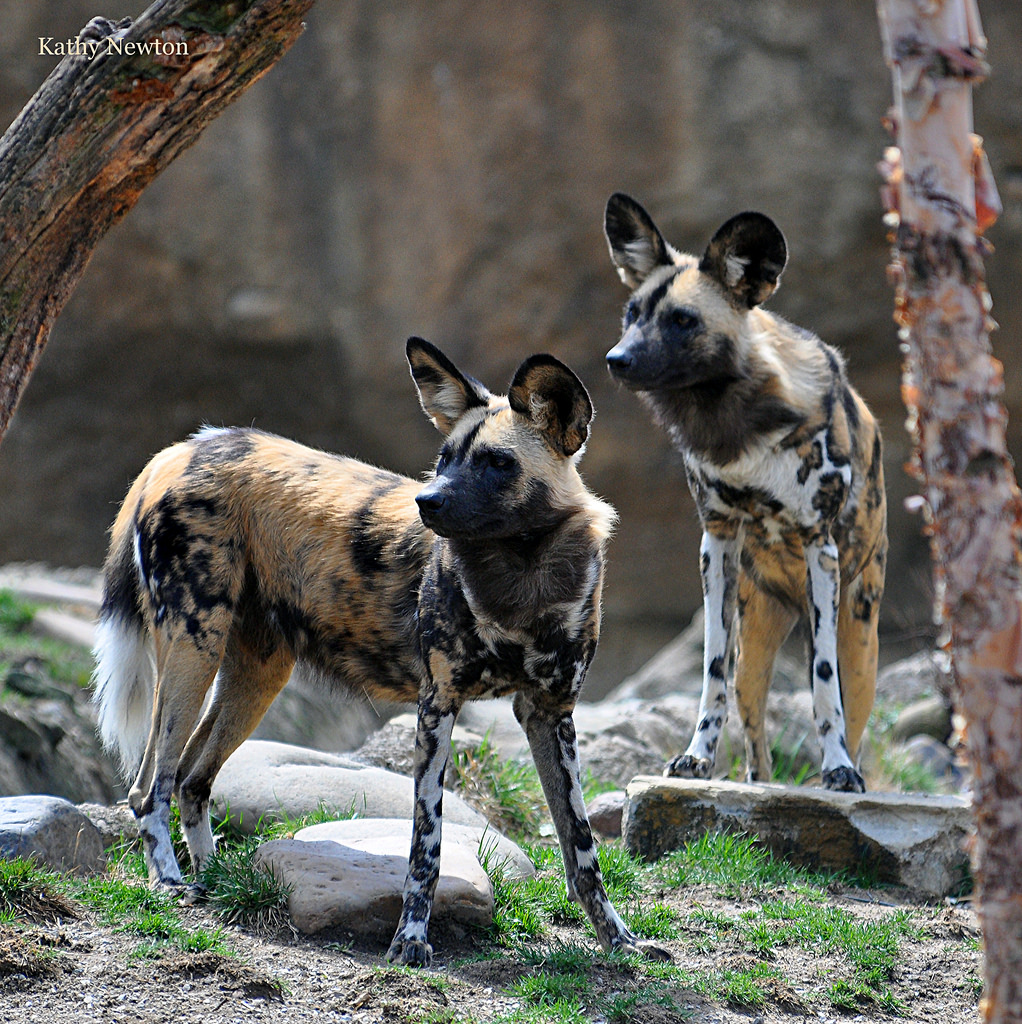