Among the largest flying birds in the world, the Andean condor relies on its huge wings—the largest wing area of any bird—and strong winds to stay aloft. While soaring overhead, the condor only flaps its wings about once an hour. It can spot a carcass from several miles away.

Learn more: Since 1989, the Cincinnati Zoo has partnered with the Association of Zoos & Aquariums’ Andean Condor Species Survival Plan (SSP) to bolster endangered Andean condor populations in South America through breeding in zoos and reintroduction. 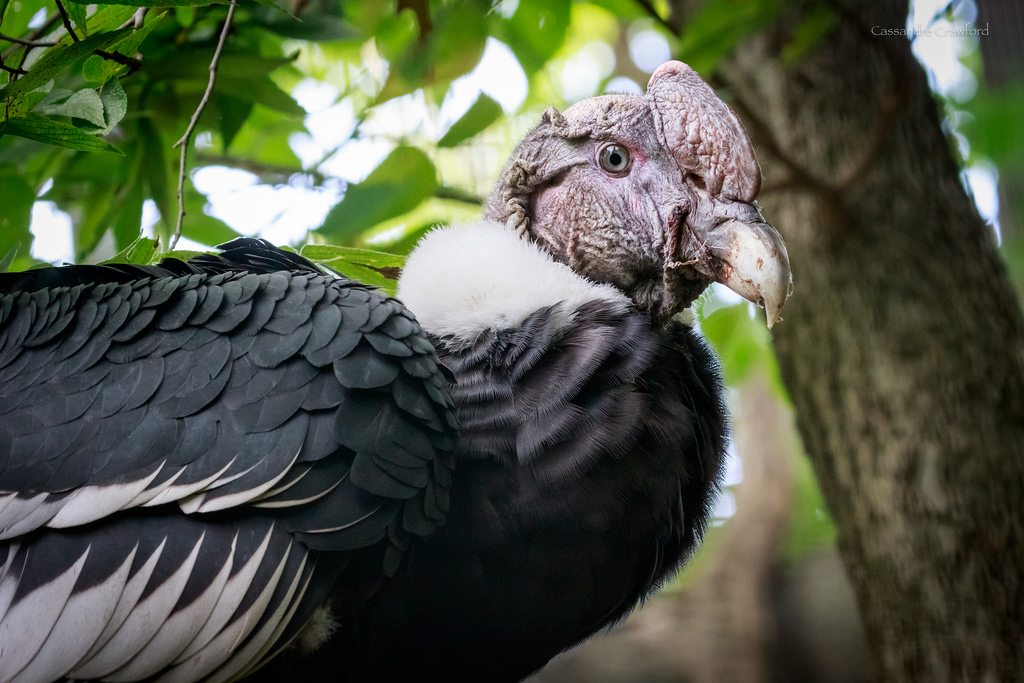 The Right Tool: As a scavenger, the condor uses its strong, curved beak to tear apart a carcass.

To increase Andean condor populations in the wild, the Zoo is working with other zoos to rear condors in captivity and release them into South America to fly free.