With few natural predators and competitors for food, the Galápagos tortoise grew over time into the largest turtle in the world. Once a popular food source for sailors, the tortoise is now protected from hunting. Today, introduced predators are the problem. Dogs, cats, and rats eat the tortoise’s eggs and livestock compete for food.

On his famous voyage to the Galápagos Islands in 1835, Charles Darwin noted a distinct physical difference among the shells of Galápagos tortoises on different islands. Tortoises that fed primarily on ground vegetation had large domed shells. Tortoises that fed on above-ground plants had saddle-shaped shells with a curved front that enabled them to stretch their necks up higher. This observation informed his theory of evolution by natural selection, which has become the cornerstone of modern biological science. 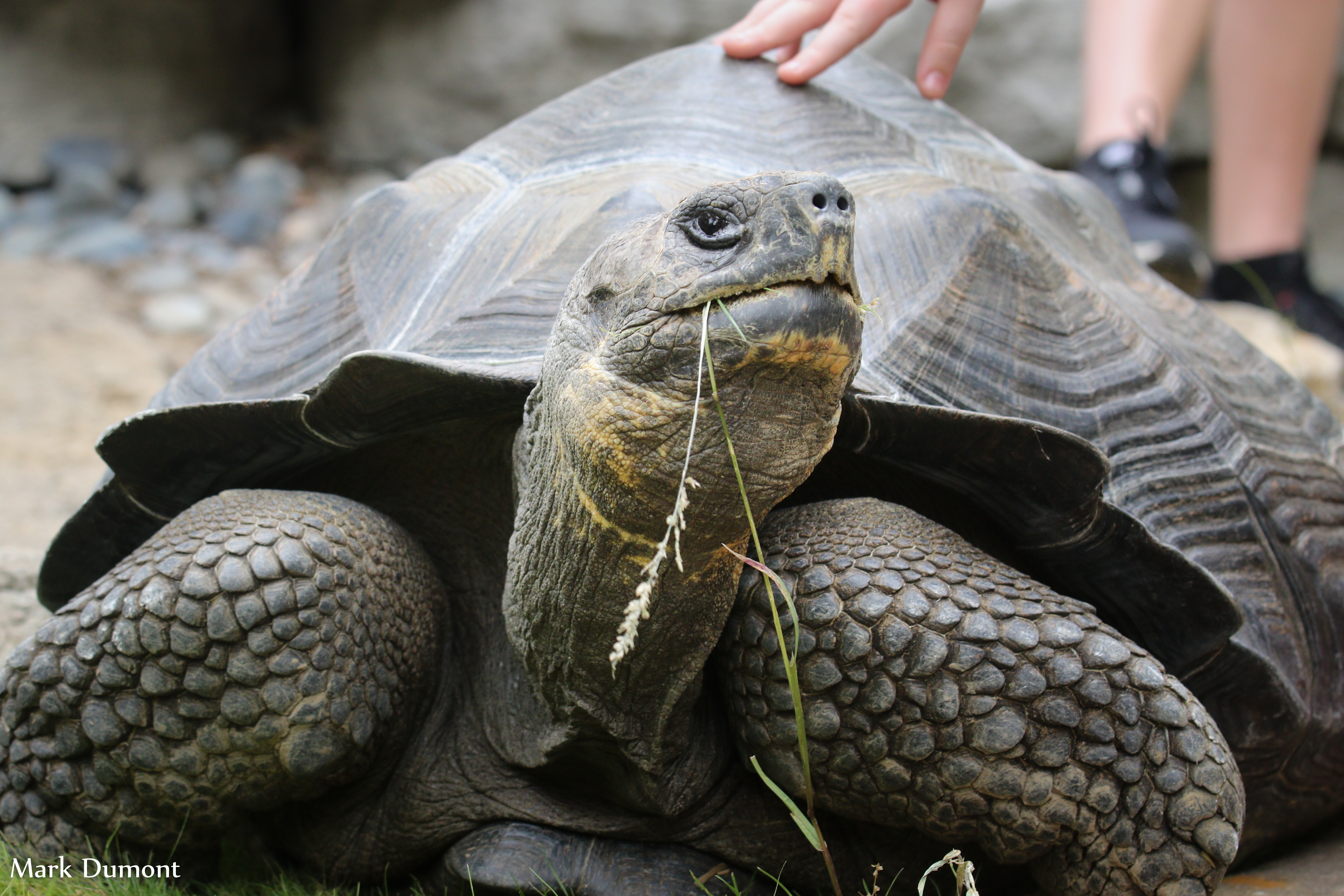 No Need for Speed: It would take a Galápagos tortoise over six hours to walk one mile.