Also known as “el lobo”, the Mexican wolf is the smallest subspecies of the North American gray wolf. Wolves live in family groups called packs. The wolf parents are the leaders of the pack, called the alpha pair. The rest of the group includes their sons and daughters and possibly a few other close relatives.

The wolf family eats, sleeps, travels, plays, and hunts together as a team. By hunting cooperatively, wolves can bring down prey much larger than themselves such as elk. While wolves may occasionally take down unprotected livestock, they much prefer wild prey. Once exterminated from the wild, Mexican wolves are being reintroduced into their former range in Arizona and New Mexico.
Species at Risk (Endangered—U.S. Endangered Species Act) 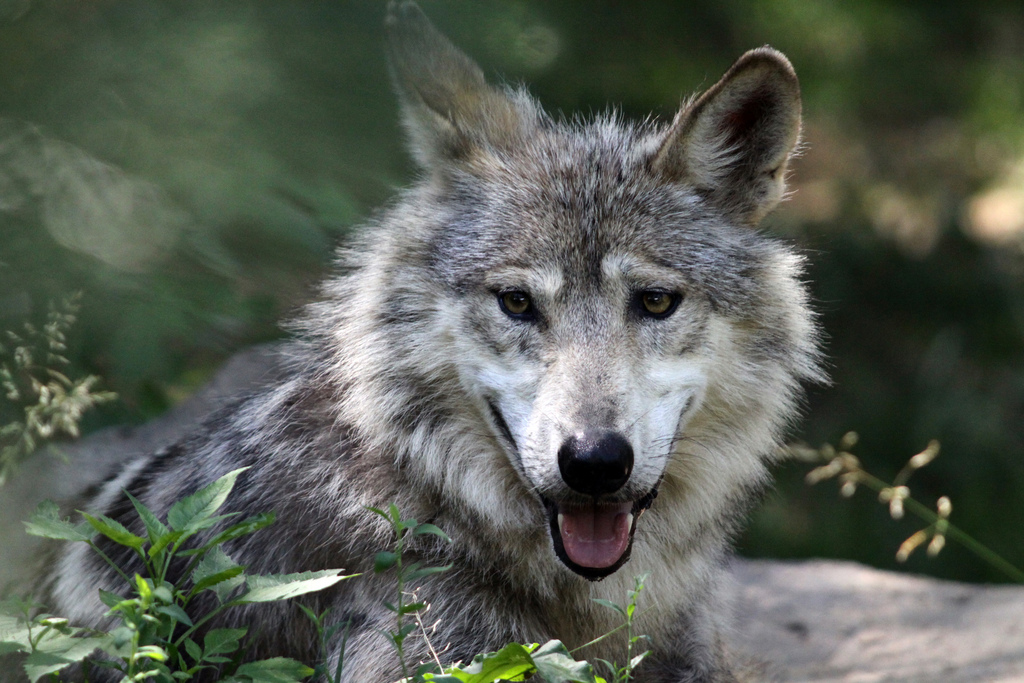 Myth Busted: Unlike the big, bad wolf in stories like Little Red Riding Hood and The Three Little Pigs, wolves are actually shy and avoid people.