Vultures are an integral part of many ecosystems; by eating animals which may have died from illness, they help to prevent the spread of disease. However, vultures are threatened by an array of issues, including poisoning, land-use changes, and decreases in food availability.

VulPro uses GPS tracking devices to determine where vultures in Southern Africa live and feed, which allows VulPro to effectively protect common food sources and identify threat zones. The organization also researches the presence and effects of toxic veterinary drugs in vultures and their food sources. Armed with the knowledge they’ve gained, VulPro seeks to lobby for the removal or responsible use of these substances. The organization also provides educational opportunities for the community and rehabilitates grounded, injured, poisoned, and disabled vultures.

In 2020, VulPro rescued 81 vultures and 20 other birds. The majority of the rescues were from powerline and other collisions. VulPro completed their on-site hospital, which boasts four rooms. Although the x-ray and surgery rooms have not been equipped yet, the hospital is used daily for various treatments and research projects and has taken our veterinary work and treatments to the next level.

Part of the proceeds from the Zoo’s Behind-the-Scenes Hippo Tour is donated to VulPro to fund their critical vulture conservation work. 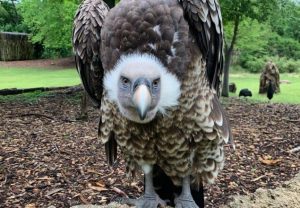 Read more in this blog about the importance of vultures! 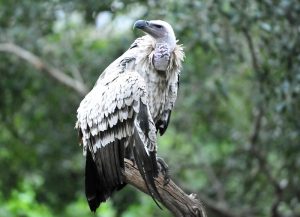 Throughout 2019, VulPro monitored seven Cape vulture colonies to compare the number of breeding pairs with figures from the previous year and understand population trends. Three colonies of this endangered species saw an increase in breeding pairs, while four of the colonies saw a decrease. VulPro also monitored critically endangered African white-backed and hooded vulture nests at five different sites. Increases in active nests were observed at four of the five sites, but the mid-season success rates at all but two nests were below 75%. This data is important for understanding the population trends of vultures in Southern Africa.