Over the years, the Zoo and The Angel Fund have supported and participated in many cheetah conservation field projects, including but not limited to the following programs. 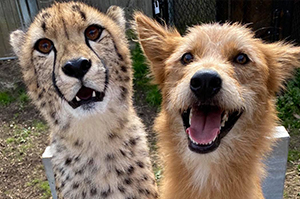 Donate to the Angel Fund 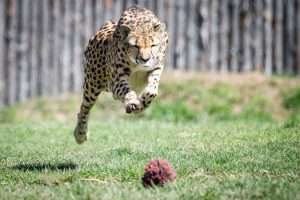 The Cat Ambassador Program (CAP) educates more than 150,000 people a year about the importance of cheetahs and other wild cat predators. From April to October, Zoo guests can witness cheetahs running and other wild cats demonstrating natural behaviors during the Kroger Cheetah Encounter.

The CAP also collects donations for The Angel Fund to support cheetah conservation.

History of the Cat Ambassador Program

Today, the CAP continues to educate millions of people a year, both in-person and virtually, and help save the cheetah. 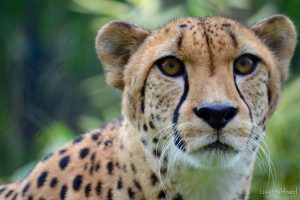 For 12 years, Cat Ambassador Program founder Cathryn Hilker and a cheetah named Angel worked together to educate people about cheetahs. Established in Angel’s memory in 1992, The Angel Fund raises funds to support a variety of cheetah conservation projects committed to saving cheetahs both in human care and in the wild.

Donate to the Angel Fund

The Angel Fund produced a film called “The Running Wind.” Watch a clip of the film here! 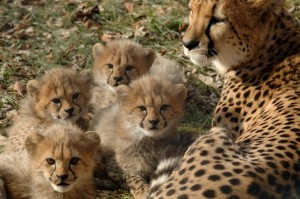 With inspiration and support from The Angel Fund, the Zoo has become a leader in managed cheetah breeding. Since 2002, 59 cubs have been born at the Zoo’s off-site Cheetah Breeding Facility in Clermont County.

The Zoo is one of nine AZA-accredited institutions that participate in a cheetah Breeding Center Coalition (BCC). Working closely with the Cheetah Species Survival Plan, the BCC’s goal is to create a sustainable cheetah population that will prevent the extinction of the world’s fastest land animal.

In 2012, “Sarah,” the Cincinnati Zoo’s cheetah, set a new world speed record!  She first earned the title of world’s fastest of all land mammals in 2009 when she covered 100 meters in 6.13 seconds, breaking the previous mark of 6.19 seconds set by a male South African cheetah named Nyana in 2001.  In 2012, Sarah shattered all 100-meter times when she posted 5.95 seconds.  By comparison, Sarah’s 100-meter run was nearly four seconds faster than the world”s fastest man, Usain Bolt of Jamaica, whose fastest time for the same distance is 9.58 seconds.  Sarah’s top speed was clocked at 61 mph. 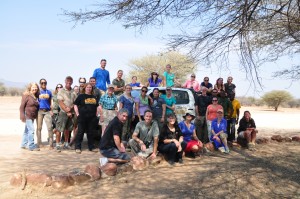 Each year, in conjunction with Miami University’s Project Dragonfly, the Zoo leads an international Earth Expeditions graduate course for educators to explore inquiry-based learning and engage in cheetah conservation at Cheetah Conservation Fund (CCF) headquarters in Namibia, which was established with support from The Angel Fund in 1994.