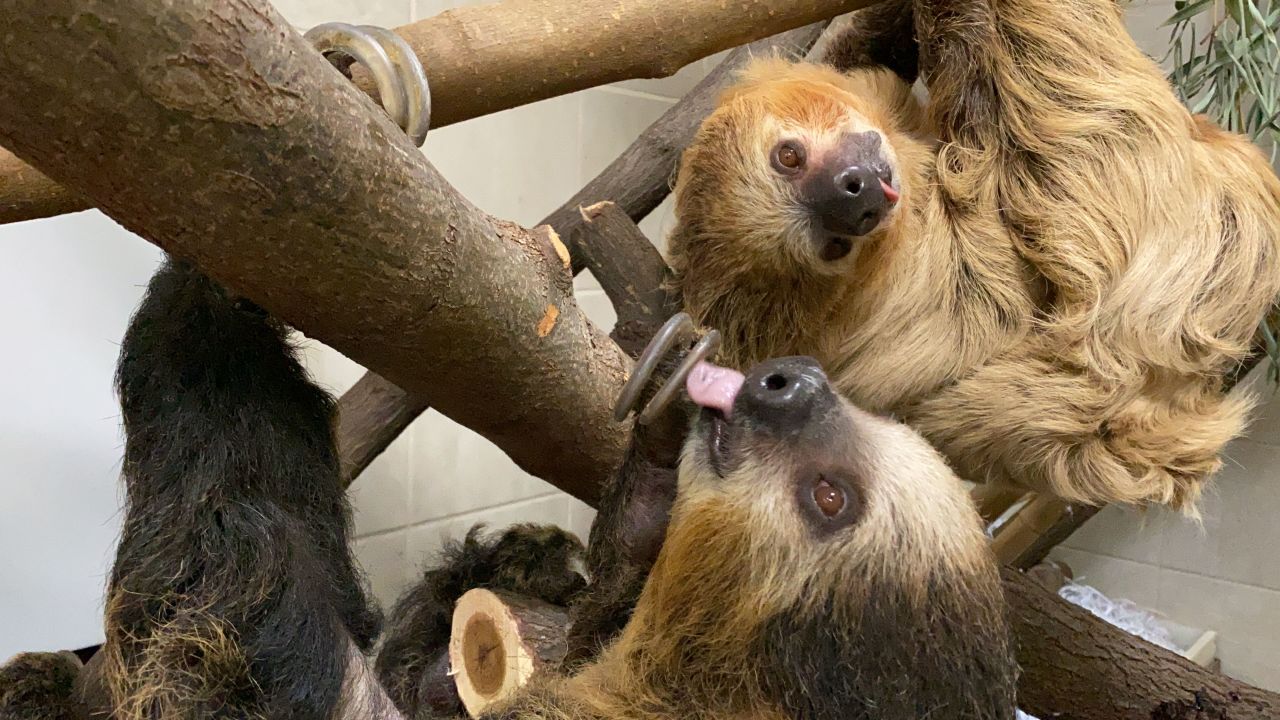 CINCINNATI, OH (October 20, 2022) — After spending some alone time behind the scenes at the Cincinnati Zoo & Botanical Garden with her beau Moe, two-toed sloth Lightning is pregnant and due in early summer.

“We waited several months before putting the sloth pair back together after Lightning delivered a stillborn baby last October”, said Cincinnati Zoo’s zoological manager Julie Grove. “They showed immediate interest in each other and did what we were hoping they would do!”

Scientists from the Zoo’s Center for Conservation and Research of Endangered Wildlife (CREW) have been performing ultrasounds on Lightning regularly, which she enjoys as long as the bananas last, and confirmed the presence of a fetus and a fetal heartbeat during an exam in early September. An ultrasound earlier this week showed significant growth and fetal movement.

“Lightning is in good health, and we remain optimistic that she will deliver a healthy baby,” said Grove. “To make sure she gets plenty of rest and TLC, we are going to keep her behind the scenes until she gives birth.  If all goes well, visitors will get to see Lightning and baby in July. Moe is in Discovery Forest and can be seen during regular Zoo hours.”

Ten-year-old Lightning came to Cincinnati in 2019 on a breeding recommendation from the Association of Zoos and Aquariums Species Survival Plan (SSP) and was introduced to 23-year-old Moe in December of that year.

Moe was orphaned in the wild as a young sloth and brought into human care to survive.  He has been an ambassador for his species, here in Cincinnati, since 2006.  The SSP recognizes that his genetics are very valuable, being directly from the wild.  To maintain or increase genetic diversity in the SSP population, ‘founder’ animals like Moe are extremely important.

Lightning will do most of the work once the baby is born.  It will latch on to her and stay attached for the next 10-12 months. Dad’s contribution is genetics.

This sloth species (Linne’s two-toed sloth) is not considered endangered but is becoming increasingly vulnerable due to human encroachment and activity. Funds generated through Cincinnati Zoo’s private sloth encounters are used to care for Moe and Lightning and to support conservation partner The Sloth Institute and its efforts to protect sloths in the Costa Rican Rainforest.