how to reverse diabetes

CINCINNATI – (January 29, 2014)  “Gladys,” the baby Western-Lowland gorilla who captured America’s heart last February, after keepers at the Cincinnati Zoo had to step in and hand-raise her, turns one today!  To celebrate, keepers created a gorilla birthday cake – and Gladys responded the way most one-year-olds do – face first!

Because gorilla diets do not consist of sugary frosting, commissary keepers at the Cincinnati Zoo got creative and baked a cake using two layers of rice, raisin, banana, sweet potato, and biscuits, topped with pureed banana and sweet potato, and decorated with a variety of fruit, including pomegranates, lemons and grapes. 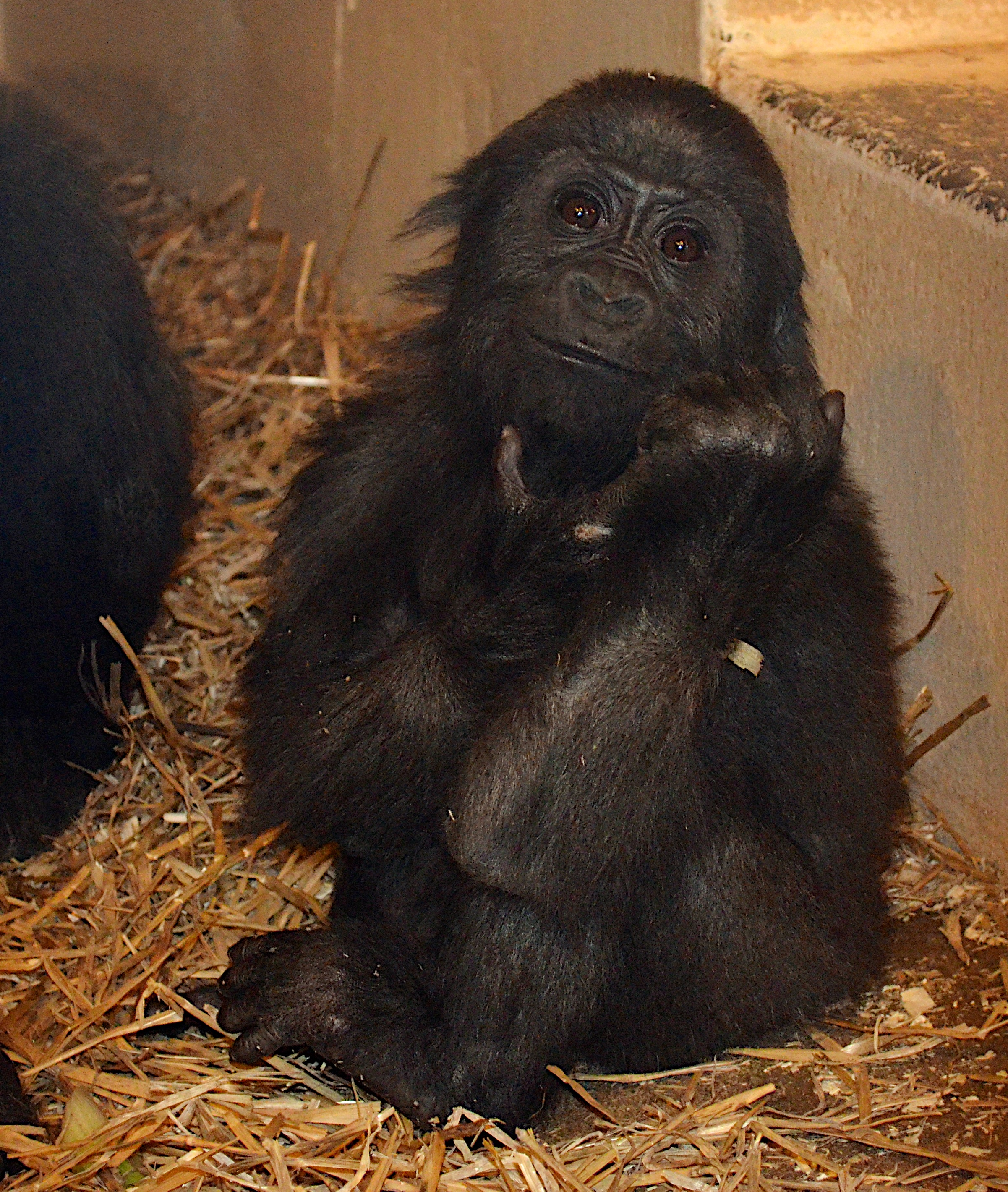 “People often ask me what it was like to go through this experience with Gladys,” said Ron Evans, Primate Curator at the Cincinnati Zoo. “And I can honestly tell them that it was unlike anything I have experienced in my 30 years here.  It was the best experience of my life and something I hope we never have to do again.”

Since June, Gladys has been slowly introduced to four adult female gorillas. The first, “M’Linzi”, quickly stepped up and became Gladys’ surrogate mom.  Since then, “Mara”, “Samantha”, and “Chewie”, have joined the growing group.   Eventually, staff plans to introduce a silverback gorilla to this group, but those changes take time and patience. 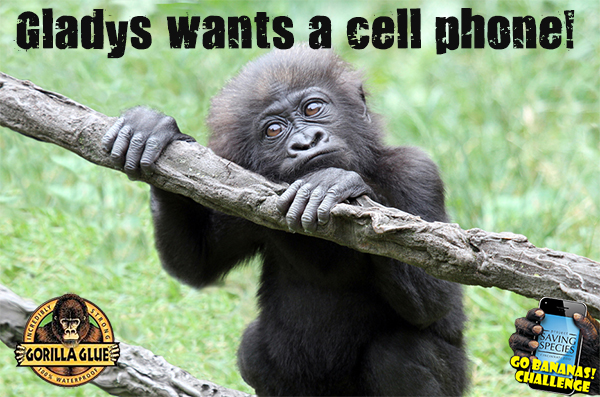 Want to send Gladys a birthday present? This year, Gladys is asking for old cell phones to recycle through the Zoo’s Project Saving Species program. By recycling cell phone users are preventing a large number of hazardous substances from entering the environment.  Metals such as antimony, arsenic, beryllium, cadmium, copper and lead, which can linger in the environment for a long time and have adverse effects on human health can be recycled or disposed of properly.  In addition, by recycling coltan, a mineral mined in gorilla habitat, you are helping gorillas maintain a future in the wild.  The Cincinnati Zoo has recycled more cell phones than any zoo in the country through its partnership with Eco-Cell and the Gorilla Glue Company.  The cell phone recycling program not only saves precious gorilla habitat, where Gladys’ wild cousins live, it also raises money for the Zoo’s Conservation Fund.  To learn more about the Cincinnati Zoo’s program, please visit online at https://cincinnatizoo.org/savingspecies/.

Gladys was born on January 29, 2013 at the Gladys Porter Zoo in Brownsville, Texas, weighing 4.7 pounds.  After the birth, mother, 15 -year-old “Kiazi,” didn’t respond well and rejected the infant.  This behavior, which occasionally happens in first-time mothers, resulted in keepers from the Gladys Porter Zoo stepping in to hand-rear the infant until they had a plan in place. Unfortunately, all of the viable surrogates there already had young gorillas, so they began to look elsewhere.  After countless phone calls with the Gladys Porter Zoo, the Association of Zoos & Aquariums (AZA) Ape Taxon Advisory Group (TAG) Maternal Management Committee and the Western Lowland Gorilla Species Survival Plan (SSP) Committee, the Cincinnati Zoo was determined to be the best home for the baby.  Upon her arrival, Cincinnati Zoo keepers lived with Gladys 24/7, teaching her to act and think like a gorilla.   They fed Gladys, held her to their chest, and eventually even carried her on their backs.  They explored every nook of the exhibit areas, both inside and out, and were even seen knuckle-walking with Gladys in the yard.  During their 8-hour shifts they wore all black scrubs and black faux fur vests, to imitate gorilla fur and they even vocalized like a gorilla, teaching Gladys what the different sounds mean.

There are currently about 765 gorillas in zoos worldwide including approximately 360 in the AZA’s SSP.  The Cincinnati Zoo is now home to eight Western lowland gorillas, including Silverback “Jomo” and his family of “Asha” and “Anju.”

Western lowland gorillas are critically endangered in the wild, with less than 175,000 individuals. Due primarily to habitat destruction caused by logging, mineral mining and agricultural expansion, wild gorilla numbers continue to shrink.  The bushmeat trade – the killing of wild animals to be used as human food – is also a major threat to the western lowland gorilla population throughout the Central African rainforests.  Over 1,000 gorillas are illegally poached for the bushmeat trade each year. The Cincinnati Zoo supports wild gorilla conservation efforts like the Mbeli Bai Study in Nouabalé-Ndoki National Park in the Republic of Congo.  The Mbeli Bai Study is the longest running research being done with wild western lowland gorillas.  Through research, local education programs, publications and documentaries, the Mbeli Bai Study is raising international awareness for gorillas and their struggle for survival.

« Turn Off a Light for the Cincinnati Zoo!
Cheetah Run 5K Earns Certification from the Council for Responsible Sport »