The Zoological Society of Cincinnati was founded in 1873 and officially opened its doors in 1875, making the Cincinnati Zoo & Botanical Garden the second oldest Zoo in the United States. The Zoo’s original animal collection was very small, originally consisting of just eight monkeys, two grizzly bears, three deer, six raccoons, two elk, a buffalo, a hyena, a tiger, an alligator, a circus elephant, and over four hundred birds, including a talking crow. The Zoo was founded on 65 acres in the middle of the city, and since then has acquired some of the surrounding blocks and several reserves in Cincinnati’s suburbs.

The Zoo was designated as a National Historic Landmark in 1987 due to its significant architecture featured in the Elephant House, the Reptile House, and the Passenger Pigeon Memorial. The Zoo’s Reptile House is the oldest existing Zoo building in the country, dating from 1875.

Part of the public school system in Cincinnati since 1975, the Zoo hosts a four-year college prepatory program – Zoo Academy. The Cincinnati Zoo is proud to serve as the leading non-formal science educator in Southwest Ohio. Over 300,000 students participate in the Zoo’s educational programs annually.

The Zoo has long been successful at breeding, starting with trumpeter swans and sea lions back in the 1880s.  The Lindner Center for Conservation and Research of Endangered Wildlife (CREW) was founded in 1986 to strengthen the tradition. The research conducted here has made the Cincinnati Zoo an international leader in the protection and propagation of endangered animals and plants around the world. 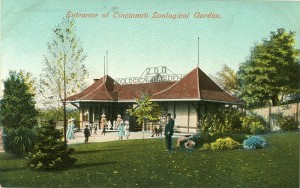 Rated by peer zoological parks as one of the best zoos in the nation, the Cincinnati Zoo continues to set the standard for conservation, education and preservation of wild animals and wild spaces. More than 1.5 million people visit the Zoo annually. The Zoo features more than 500 animal and 3,000 plant species, making it one of the largest Zoo collections in the country. 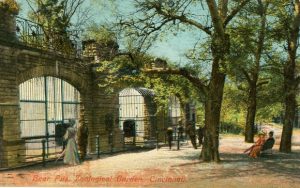 The mission and vision of the Cincinnati Zoo & Botanical Garden is dedicated to creating adventure, conveying knowledge, conserving nature, and serving the community.

With the addition of our fourth pillar to our Mission Statement, Serving Community, we recognize the responsibility to partner with diverse and economically challenged communities in our daily work.

What We Believe / How We Act

Pride, Passion & a Sense of Ownership

If you share these core values, perhaps you belong in a Zoo!  See Job Opportunities.