One of the smallest wild cats, the black-footed cat rests during the day among the bushes or in a burrow abandoned by an aardvark or porcupine. It emerges at night to stealthily stalk its prey under the cover of darkness, flattening itself to the ground and taking advantage of any hiding places along the way.

Learn more: The black-footed cat is one of the five small cat species with which the Zoo’s Center for Conservation and Research of Endangered Wildlife (CREW) works on its Small Cat Signature Project. 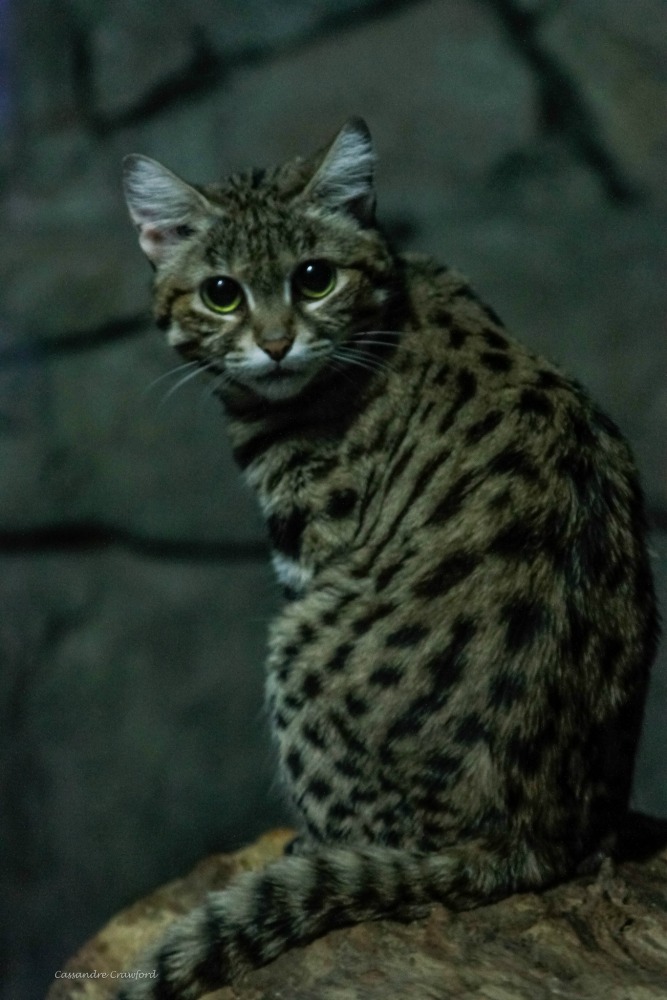 A Rare Glimpse: Nocturnal, small, shy, and vulnerable, black-footed cats are rarely seen in the wild.