Tickets are just $20 with proceeds to benefit the USO of Central and Southern Ohio.  Plus, for every ticket you buy, the Cincinnati Zoo will donate a Cincinnati Zoo admission ticket to a local Military Member.  Tickets are $20 in advance and $25 day of show. All ages are welcome.

*No outside alcohol permitted and no umbrellas. Lawn chairs are permitted.

*Children under the age of 2 do not need a ticket 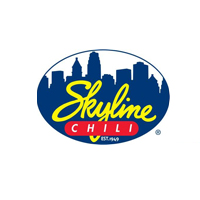 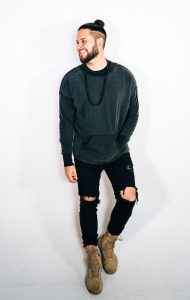 Filmore is an anything-but-typical country singer/songwriter. The Missouri-native, who now calls Nashville home – and who tallies north of 50 million on-demand streams to-date – has been featured by Spotify, The New York Times, SiriusXM’s “The Highway,” The Bobby Bones Show, Apple Music, CMT, and Pandora.

In addition to Spotify featuring Filmore on noteworthy playlists such as “New Music Friday” and “Wild Country,” etc., he was the first unsigned artist to become the face of the coveted “Hot Country” playlist and has had multiple tracks reach the US Top 50 Viral Chart.

Sacrifice only begins to describe the man, who is unequivocally all-in to expand his reach worldwide. He has honed his electric and engaging live show by touring alongside Sam Hunt, Russell Dickerson, Brett Young, Carrie Underwood, Jon Pardi, Michael Ray, Chase Rice, and Dan + Shay among others, on the way to headlining sold-out clubs across the country.

“Heart’s Having a Hard Time,” the latest release from Filmore, was featured by The New York Times on “The Playlist.” In less than a month since its December 14, 2018 release, the song has already amassed millions of on-demand streams. 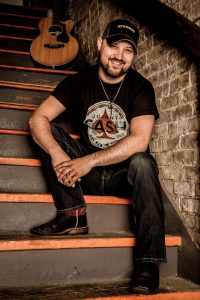 Aaron Goodvin’s new Warner Music Canada / Reviver Records release — V — is available now. The Canadian Country Music Association Award winner already has three Top 10 hits under his belt as an artist, along with his first #1 in Canada, “You Are.”

“We’re very proud to have Aaron as part of the Reviver family,” said Reviver CEO David Ross. “He’s an incredibly talented artist whose music we have been fans of for quite some time. He’s a natural performer and so his success in such a short period of time comes as no surprise. We’re looking forward to being a part of Aaron’s musical future.”

After appearing as a writer on Luke Bryan’s multi-platinum selling album, Crash My Party, Aaron’s star power continued to rise. His self-titled Warner Music Canada debut featured three Top 10 singles including the smash hit “Lonely Drum.” The track has the honorable distinction of being the only Canadian country single released in the past two years to be certified Platinum. In both 2017 and 2018, Aaron was nominated for CCMA awards, winning the 2018 Songwriter of the Year award for “Lonely Drum.”

USO of Central and Southern Ohio

The USO-CSO has lounges in CVG (both concourses), Dayton and Columbus airports as well as the Military Entrance Procession Station in Gahanna, OH.  These lounges provide a place for service members and their families to relax, grab a snack or charge their devices. We recently opened a new USO Center at the Wright-Patterson Air Force Base, featuring the Wright Café, Game Room, Conference Rooms and Auditorium.  We are the only USO that operates an Airman’s Attic at the new Center.  The Airman’s Attic provides clothing, uniforms, baby items, household goods, even ball gowns and bridal gowns, for those with ranks of E6 and below … all free of charge.

In addition to the lounges, we support the military and their families through kids’ camps, family camps, singles retreats, couple retreats and other programs, such as United Through Reading, which allows deployed parents to record and share stories with their children.  We partner with local teams and venues to offer free tickets to sporting events, family events, entertainment and theme parks.  The USO-CSO also provides support for “Call to Duty” events and Deployment returns, and we anticipate seeing an increase in Call to Duty events in 2017.