Lectures will sell out quickly so reserve your spot soon. 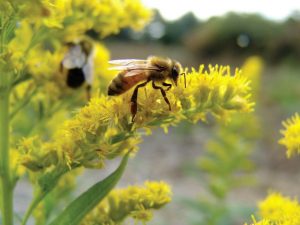 Masks are required in all areas of the Zoo.

We respectfully require all guests to wear a mask upon arrival and during the lecture.

All guests will have their temperature taken upon entering the Education Building by using a touchless thermometer.

We are limiting the number of guests in the Frisch’s Theater to provide ample space for distancing. 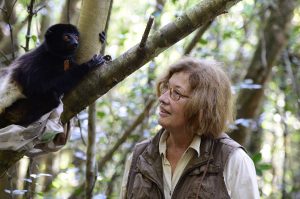 Dr. Patricia Wright is one of the world’s leading primatologists. During her long and storied career, she has carried out field research in Peru, Paraguay, Borneo, East Malaysia, Indonesia, the Philippines, and Madagascar. In her lab at Stoney Brook University she has trained dozens of PhD students who themselves are now emerging leaders in the field of primatology. 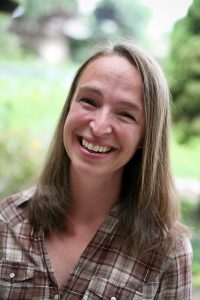 To Bee or Not To Bee: Documenting bee declines in dynamic landscapes

Olivia Carril has been studying native bees and the plants they visit for over 20 years. Recent evidence has hinted at a possible decline in native bee species in North America, but with over 4,000 bee species occurring here, quantifying these declines, and elucidating which bees are most affected, has proved challenging for researchers. Olivia has been involved in several long-term bee monitoring projects throughout western North America, which harbors nearly three-quarters of the bee species found in the U.S; many of these areas have never been sampled for bees. Her work focuses on the drivers of their diversity and the causes and consequences of decline, even as new species are discovered. Olivia will discuss our current understanding of native bee populations and their health, the challenges researchers are working to overcome, and the importance of their
ecosystem services.